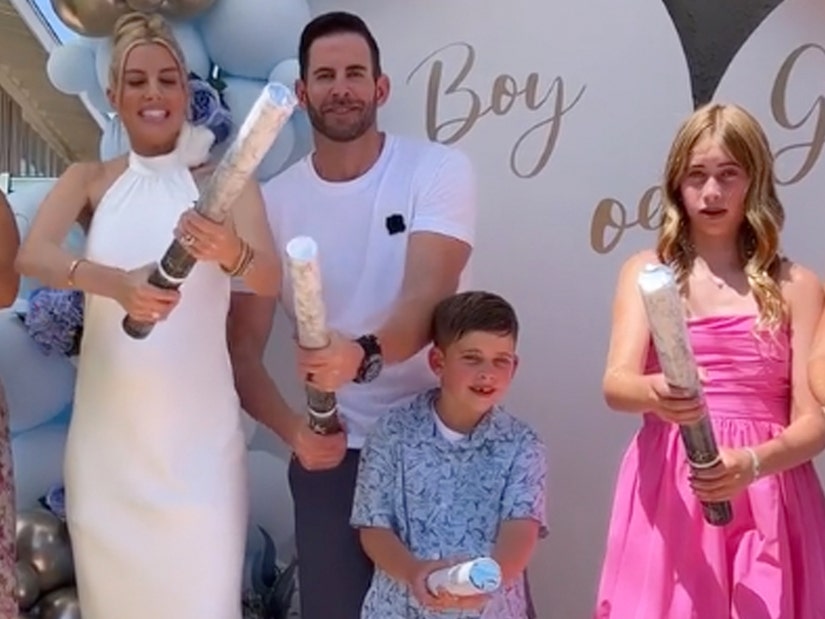 The two found out they were expecting in the middle of IVF.

On Sunday, Tarek El Moussa and wife Heather Rae Young revealed the sex of their baby, sharing photos and videos from a reveal party.

They shared the news by firing of guns filled with blue-hued confetti, shouting "It's a boy!" as they found out the same time as their guests. His kids daughter Taylor, 11, and son Brayden, 6 -- who he shares with ex Christina Hall, were part of the festivities.

Tarek El Moussa and wife Heather Rae Young are expecting their first child together, revealing today that Young got pregnant while in the middle of in vitro fertilization treatments.

"It was a huge shock," Young told PEOPLE. "We just weren't expecting this. We had just gone through IVF. We had embryos on ice. We had a plan. I think when you least expect it and there's no stress in your life, the world just brought us what was meant to be. I'm so excited that it happened like this."

Before finding out about their pregnancy a few weeks ago, the couple's initial "plan" was to implant an embryo in the fall. After two at-home pregnancy tests that came back negative, the third -- and fourth and fifth -- revealed she was "full-on pregnant."

The baby will be the first for the couple and Young, while Tarek shares two children -- daughter Taylor, 11, and son Brayden, 6 -- with his ex-wife Christina Hall. "I'm just obsessed with my kids. They're my everything, so having another one is just icing on the cake. I'm so excited," El Moussa told the outlet.

"He's such a doting, amazing dad. I can't wait to see him with our baby," added Heather.

They already know the baby's sex and plan to share it at a reveal party down the line.