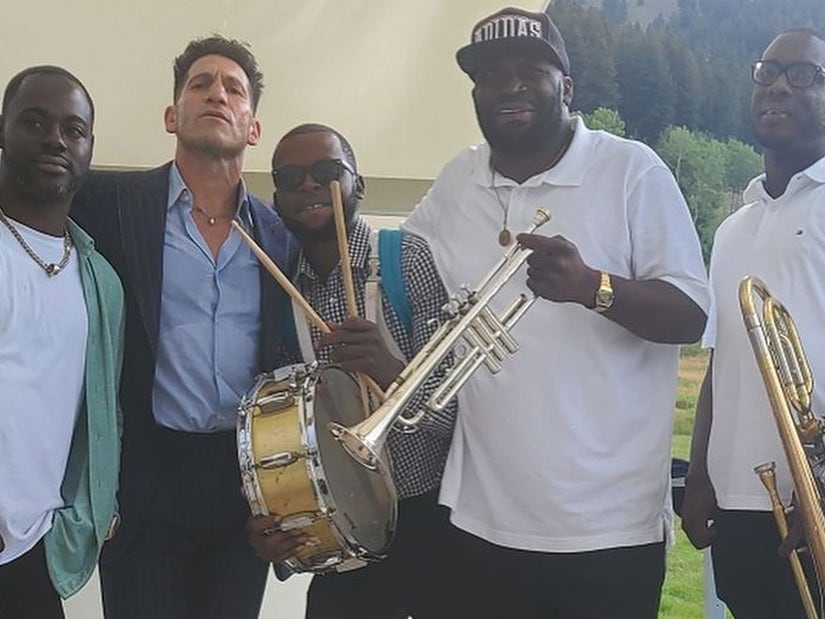 "Nothing in the world like that Rebirth Brass Band," he captioned a video of himself dancing

Jon Bernthal has got some sweet moves!

On Monday, the actor shared a video of himself dancing with a band at his brother Tom Bernthal's wedding to Meta COO Sheryl Sandberg over the weekend.

In the clip, Bernthal -- who was wearing a navy blue suit, pale blue shirt and aviator sunglasses -- can be seen busting a move and rocking out while appearing to lead the band into the reception.

The Walking Dead" star, 45, was dancing with Rebirth Brass Band, a Grammy-winning group from New Orleans. "Nothing in the world like that Rebirth Brass Band. @rebirthband Big love y'all," Bernthal captioned the video.

According to Page Six, Bernthal's brother and new sister-in-law tied the knot at the Four Seasons Resort in Jackson Hole, Wyoming.

A source told the outlet that the two "bought out the whole hotel for the wedding," noting that the resort "was on super lockdown. The insider also shared that guests included people from the tech world as notable attendees from Washington D.C.

Meanwhile, other sources said they spotted Bernthal and other guests playing touch football outside on the day of the nuptials. "Jon was out there playing football in a big ol' cowboy hat!" an insider told Page Six.

Bernthal's brother is a businessman, while Sandberg has served as the chief operating officer of Meta since 2008. However, she announced in June that she'd be stepping down in the fall, but will remain a member of the board of directors.

See a shot of the newlyweds in the photo, below.