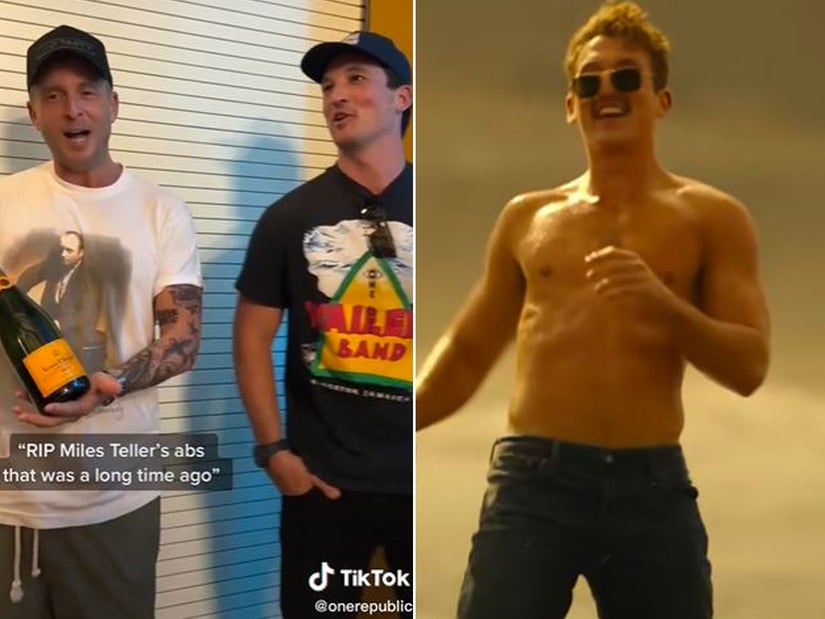 "As a spokesperson for his abs, we're so appreciative. We never thought this moment would come," Teller joked.

OneRepublic's hit, "I Ain't Worried," from the "Top Gun: Maverick" soundtrack is blowing up the music charts, thanks, in part, to Miles Teller's abs.

On Monday, the band's frontman and award-winning producer shared a hilarious TikTok of himself and Teller together before a OneRepublic show. In the clip, Tedder, 43, gifted Teller, 35, a bottle of champagne, thanking him -- and his abs -- for contributing to the success of "I Ain't Worried." 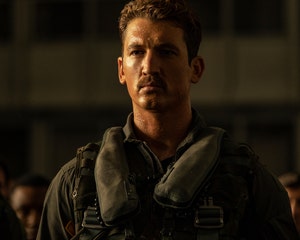 For those who don't know, the catchy track can be heard during what became a fan-favorite scene in "Top Gun: Maverick." In the scene, Teller's character Rooster played a game of beach football with a group of his fellow naval aviators. The majority of the men, including Teller, were shirtless, with their drool-worthy abs on display. However, Teller, in particular, went viral as he threw in a little dance move, which became known as "the Rooster wiggle" and blew up on TikTok.

In Tedder's TikTok with Teller, the former spoke about how it's "crazy" the way in which the song is "blowing up."

Tedder -- who was holding a bottle of Veuve Clicquot -- directed the bottle at Teller's abdomen as he said, "I wanted to gift your abs a bottle of champagne. Thank you so much for everything you've done for OneRepublic and 'I Ain't Worried.' I appreciate it."

In response, Teller joked, "As a spokesperson for his abs, we're so appreciative. We never thought this moment would come, but we're excited to share this moment together."

"You know what? It's a moment that I'm never gonna forget," Tedder said, before he and Teller went in for a hug.

The Grammy winner captioned the TikTok video, "Thanks for coming out Miles, was great to chat and we hope you guys enjoyed the show 😎🤙🏼."

Teller's wife, Keleigh, reshared the video on her own TikTok profile, writing, "So sweet😂🥳🥂 incredible night at the one republic show. Legends!! Thank you @OneRepublic @RyanTedder ❤️❤️."

Check Tedder's TikTok, below, as well as a featurette of the dogfight football scene, above! 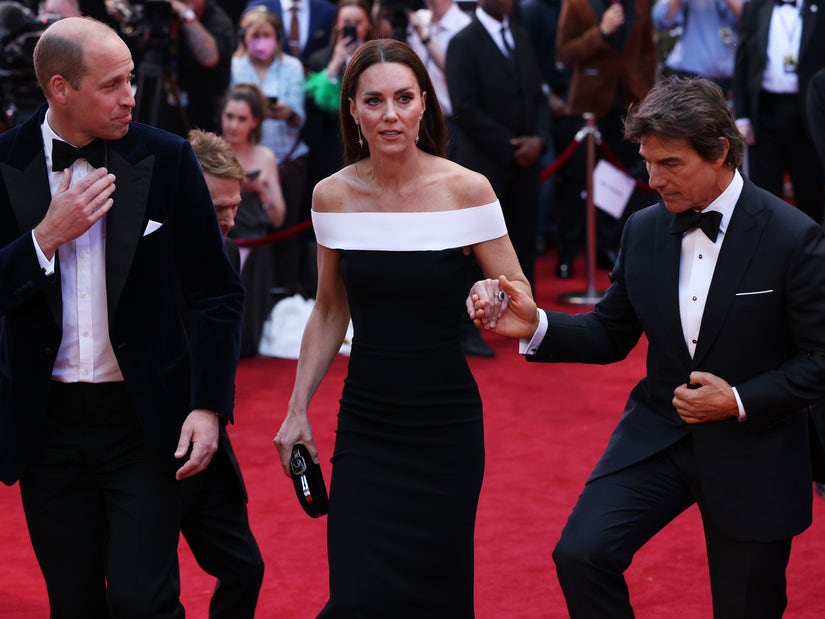