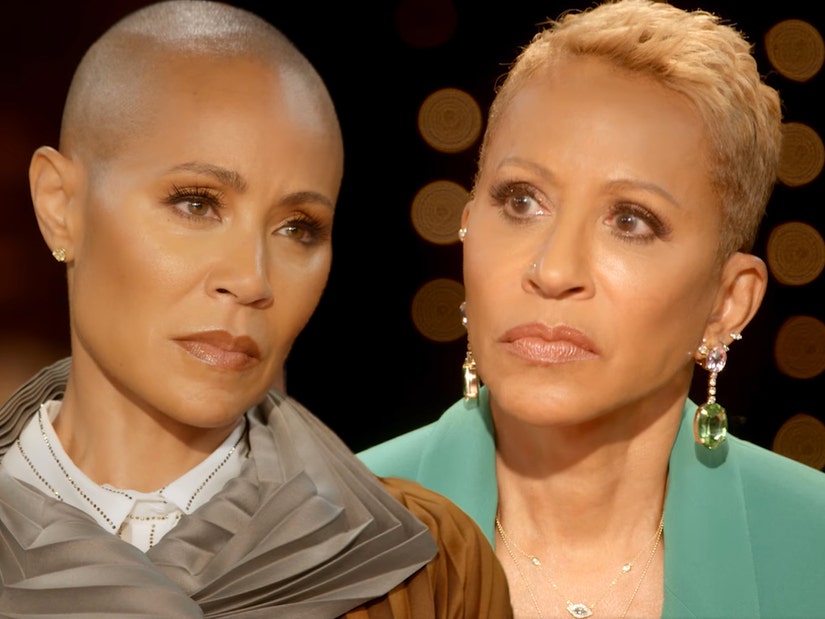 "I'm an erased aunt. You're an erased cousin," said Gam, before singer Teddy Riley shared his battle to see one of his sons.

The Smiths opened up about being estranged from other members of their family in a new episode of "Red Table Talk" about parental alienation.

The topic of the day was parents who turn their children against other parents and/or family members -- a subject which hit close to home for Jada Pinkett Smith, mom Adrienne "Gam" Banfield Norris and daughter Willow Smith.

"I know so many people that are going through it right now, and it is terrible," said Jada, as Gam said it was something they've "had to deal with" in their own family.

"This person made a decision that she didn't want her child to be a part of our family, and it was devastating, and we don't even know why. We don't even know what happened," she said, not naming names. "I think what people don't realize is that when you make the decision to alienate one of the parents, typically you're gonna alienate the whole family."

"I'm an erased aunt. You're an erased cousin. There's erased grandparents," she continued, "but the whole family suffers, including the child because now the child doesn't know her family."

Jada then talked a bit about how surprised she was, looking back, that her mom didn't pull the same thing with her late father, Robsol Pinkett Jr. -- with whom she had a pretty tumultuous relationship before he died.

"I just had an intense therapy session and I called you last weekend and I was like, 'Why did you let me still have a relationship with my father?'" said Jada. "Considering he was not well. He never paid a day of child support." 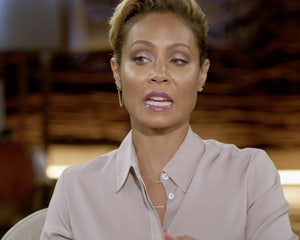 Jada Pinkett Smith Recalls 'Horrendous Fight' Before Her Father's Death: 'You Didn't Do S--t for Me'

After Jada gave her mom "props" for going that route, Gam said her ex was "not a bad guy," but was just "bad with me." She added, "We were bad with each other, but he was not a bad person. I was never concerned about her safety with him. I kind of was questioning sometimes his decision."

The trio were then joined by musician Teddy Riley, who, in July, revealed he hasn't seen one of his nine children -- son Mykal -- for three years.

"Now he's nine. You know, my father, I didn't meet until I was nine. My biological father. I said to myself that I never want to be like my dad. I have to change the narrative and be in all my kids' lives," he explained, saying that he even took time off around 2005 to move with his children to Atlanta. "We spent the most amazing time together. Me and my kids, I was a single dad and a couple of my kids just came and moved in." 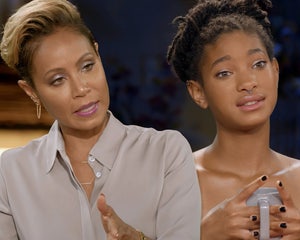 Mykal's mother, he claims, "doesn't want him a part of any of our lives," including Riley and his other children. He said that while the two used to play games together over their phones, that has stopped and he didn't even know the boy had started to wear glasses when he saw a recent photo of him. Riley claims it all stems from a disagreement over child support.

"I'm just being patient for all of this. I sent him a few messages, and I got no response," he added. "Like, he used to sneak to text me. Send me a picture, 'Happy birthday, Dad.'"

Two of Riley's other children, TJ and Nia, appeared on the show and called the whole situation "sad." Added TJ: "For him not to be there, it's like one of us is missing." 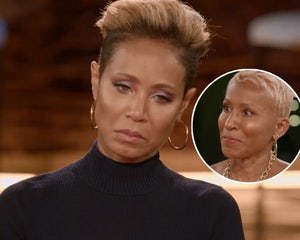