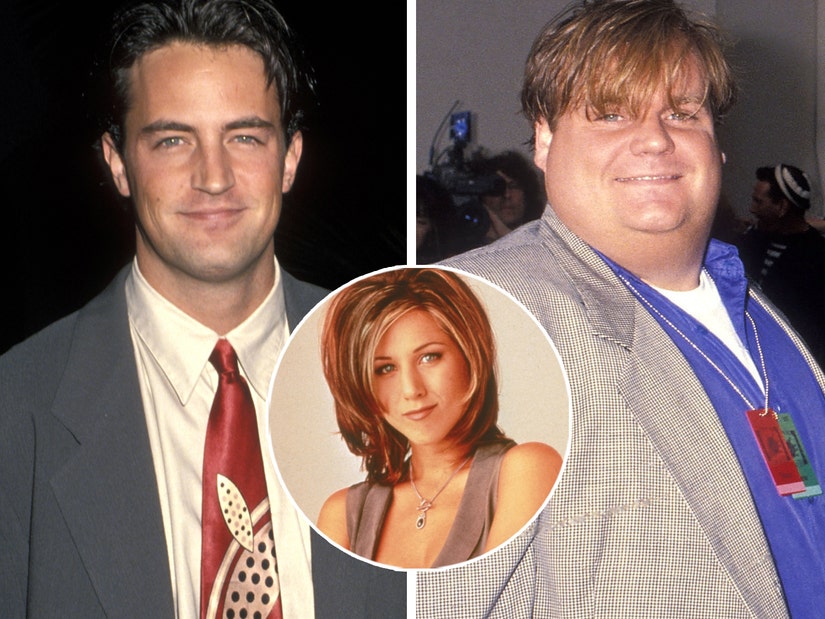 "I found myself publicly discussing his death from drugs and alcohol," the "Friends" star said. "I was high the entire time."

When Chris Farley died near the end of 1997 his "Almost Heroes" costar Matthew Perry found out on the set of "Friends."

Recalling the moment, Perry writes in his new book "Friends, Lovers and the Big Terrible Thing," he punched a hole in the wall of Jennifer Aniston's dressing room.

In an excerpt published by The Sunday Times, Perry says his own battle with addiction coincided with Farley's overdose death, claiming he was taking 55 Vicodin pills a day at the time.

"Then, Chris Farley died," Perry writes in his book. "His disease had progressed faster than mine had. (Plus, I had a healthy fear of the word 'heroin,' a fear we did not share.)"

"I punched a hole through Jennifer Aniston's dressing room wall when I found out," he continues to recall in the book.

Perry went on to promote the film they made together, which was released half a year after Farley's untimely death.

"I found myself publicly discussing his death from drugs and alcohol," the star writes. "I was high the entire time."

See more published excerpts from his book — due out November 1 — below: