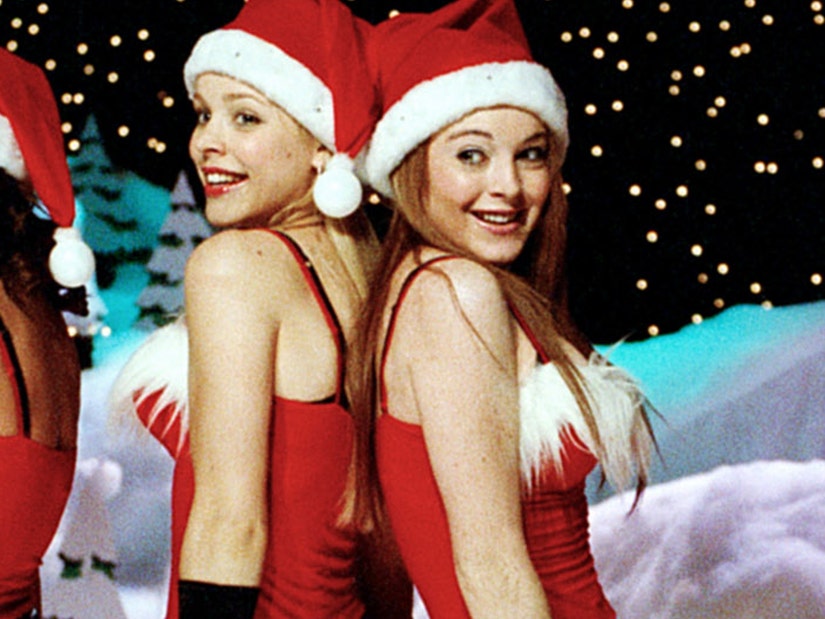 She originally sang the song in Mean Girls back in 2004.

Lindsay Lohan is throwing it back to her "Mean Girls" days with her latest single, a full cover of the holiday classic "Jingle Bell Rock."

She covered the song for her new Netflix film, "Falling for Christmas," after previously performing the tune alongside Rachel McAdams, Amanda Seyfried and Lacey Chabert back in 2004.

Listen to the new version below:

Waiting for your permission to load Spotify track.

In "Mean Girls," the foursome did a naughty dance to the the song during a talent show, before going a cappella after Gretchen Wieners kicked their boombox off the stage.

In "Falling for Christmas," Lohan stars as a "newly engaged, spoiled hotel heiress" who suffers from amnesia after getting into a ski accident," per the streamer. After losing her memory, she "finds herself in the care of a handsome, blue-collar lodge owner," played by Chord Overstreet, "and his precocious daughter in the days leading up to Christmas."

The film marks Lohan's return to rom-coms and is her first starring film role In nearly a decade.

The movie hits Netflix on November 10.