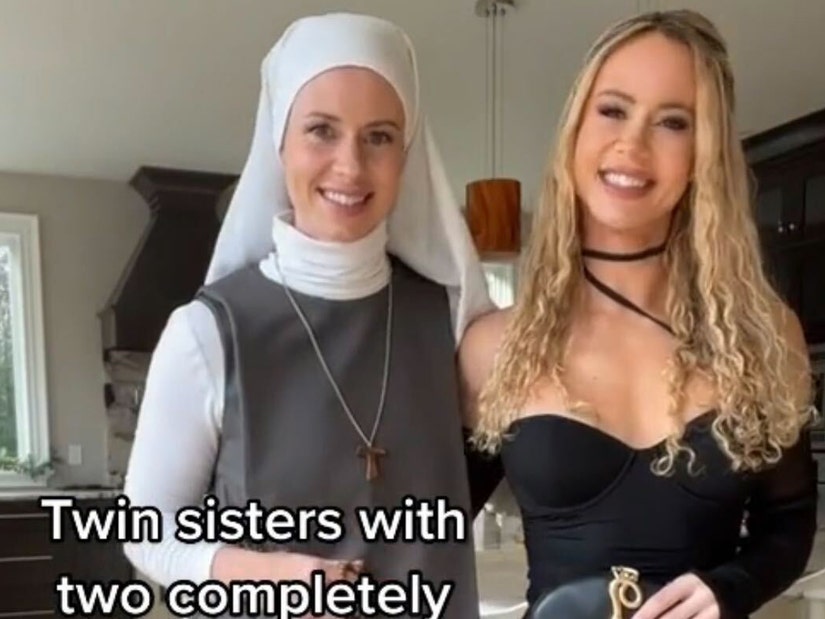 One's dressed in a nun's habit...and the other looks ready for the club.

A now viral TikTok showing identical twins Christie and Michelle Long has the internet talking about their vastly different aesthetics.

Michelle appears in the clip wearing the religious habit and smiling while her sister Christie, who posted the video and insists it's sincere, wears a much more revealing outfit.

From a cursory search on the internet it appears Michelle worked as a Medical First Responder in Canada and was passionate about sports. However, she seems to no longer have a presence on social media with her prior accounts deactivated.

Meanwhile, Christie is an avid fitness enthusiast and boasts a growing following on TikTok and Instagram.

She wrote over the highly popular video, "twin sisters with two completely different aesthetics" while captioning it, "And we are like two peas in a pod #twins #twinsisters #sisters #fashion #trending #nun #religioussister #fyp #funny #love".

Meanwhile, when an IG commenter asked if her sister Michelle was really a nun, she replied, "she’s a religious sister yes!"

A post from a gym in Nova Scotia in 2018 describes Christie as a certified personal trainer in possession of an advanced teaching degree. While Michelle is said to not only have a degree in human kinetics and was a standout varsity hockey player in college (and Medical First Responder) but "was a former National Bobsleigh athlete placing 8th at World Juniors, and was a former National Record Holder in the sport of Powerlifting."