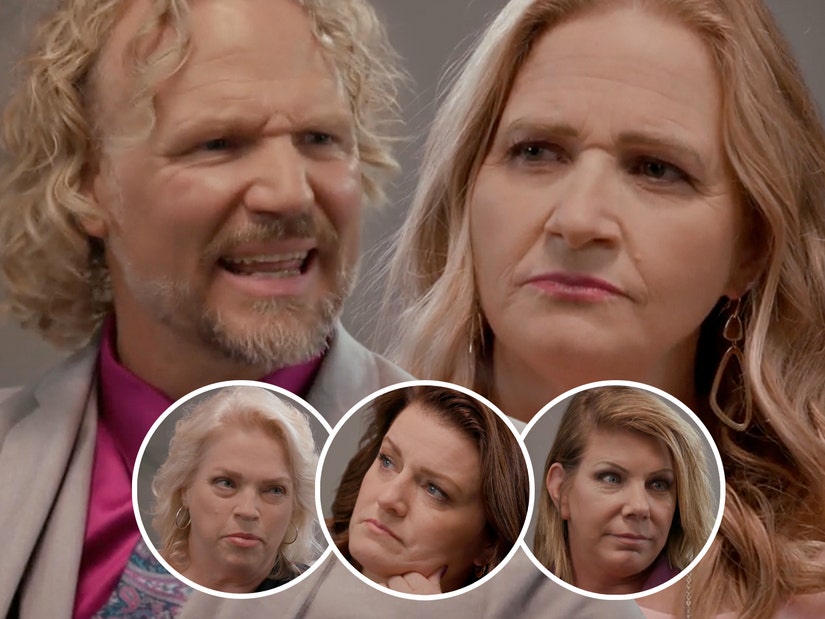 Christine reveals which wife she "ended" her relationship with, Kody calls out her "manipulation" and the other wives question whether the exes are actually "divorced" in the eyes of the church.

The most recent season of "Sister Wives" was a very tumultuous one for Kody Brown and his -- now dwindling amount of -- wives.

In the first part of the family's "Sister Wives: One on One" special, Kody, Christine, Meri, Janelle and Robyn all took a look back at the family drama that went down throughout the show's 15th season, with a very special focus on Christine officially leaving their plural marriage for good. All five of them were interviewed separately for the show.

Christine was at the center of most of the conversations for this hour, as host Sukanya Krishnan tried going deep with her, her ex and the other women about what led to her shocking decision to exit their arrangement. One of the first things Krishnan brought up was Kody telling Christine ahead of the break that he was no longer attracted to her, because she wasn't "loyal" to him. 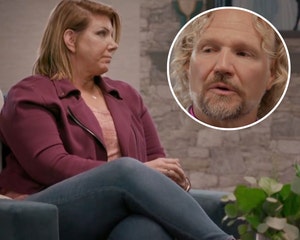 "To hear he wasn't attracted to me, it's was terrible to hear and it's super embarrassing, right?" said Christine. "I just got to thinking, it just goes both ways. After he said that I was like, 'Oh, I'm done and it's over.' It was almost a relief, I'm not going to keep fighting for this and keep trying if you're not attracted to me."

Kody, however, told the host he felt his ex was "playing a game." "From the time we were married, manipulation, pouting, temper tantrums, just behavior things," he then added, before claiming Christine "lost her s---" when he told her he was hoping to reconcile with Meri following her catfishing scandal. We didn't get a full reaction to that claim in this episode, but a promo for Part 2 did include Christine saying, "That's really actually frustrating and offensive right now. There's no way I would not support him and Meri having a great relationship. I would never do that."

Kody explained he "didn't feel like it had to be over," when asked why it took him to long to accept the inevitable. 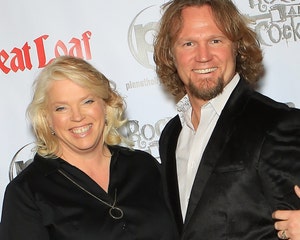 "I knew she was unhappy," Janelle said when she was asked about the split. "I know, especially during Covid, there were even more wedges driven. I think she finally reached the point where she knew that for her own happiness and self preservation she needed to do something."

Robyn, meanwhile, said she would "march [Kody's] butt into a therapist" if she ever started experiencing some of the intimacy issues he and Christine were dealing with -- saying she would have forced him to "work through this stuff." She also said that she believes his "attraction" is based on a person's behavior, saying that she's seen him "just melt" following fights with some of the other wives if they're able to "figure something out and she's supportive and kind."

The newest wife then opened a new can of worms by saying Christine told her "she doesn't want a relationship with me" going forward -- adding that has been "horrible and hard."

"I don't know how to just not have her be my sister wife. It was really, really hard. I always thought that Christine would open herself up to me. When she said she was leaving, she took away a really big dream for me," Robyn continued. "I always imagined us when we were older, sitting there with our grandkids and getting that sisterhood we saw some of these older women in our church have. She took it away." 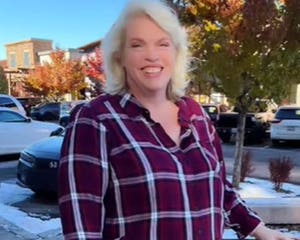 Christine was the first to admit that she hasn't had a "good relationship" with either Meri or Robyn "for years" -- though she didn't believe things between them were necessarily "bad" either.  But more recently, she "ended the friendship" with Meri completely.

"I ended the friendship, I ended the relationship. It wasn't safe for me and I ended It," said Christine. "I just told her straight up, 'No, we're not going to be friends because I don't trust you and I'm not gonna do that to myself anymore.'"

"We tried a little bit here and there in Vegas, but her treatment of me wasn't nice," she added. "She wouldn't be nice to me. She was putting me down a lot in public situations. When I hit my wall, I'm done. I just never knew who to expect and it was just too stressful." 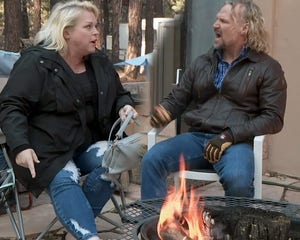 Meri, Janelle and Robyn all also discussed whether Kody and Christine are even technically "divorced." Though they two aren't married in the eyes of the law, they were linked spiritually. After she decided to leave, Christine also left the family's church, presenting an interesting situation for the group. The only way for them to be officially "divorced" in the eyes of the church -- at least according to Robyn -- was for Christine to be intimate with another man. But, as Janelle noted, if Christine no longer subscribes to the same beliefs anymore, does that even matter?

"If she's going to go have ... her plan is to go find her soulmate, so that would break her bond [with Kody]," said Robyn.

"In our church you do have to go through channels to be released ... but Christine no longer believes in that. But a contract is between two people," added Janelle, explaining the conundrum. "Does that apply to Christine if she doesn't believe? I don't know. You can't make somebody abide by rules they no longer believe in."

She said that she believes Christine is "looking for that deep connection, that deep companionship" going forward -- and she's looking forward to asking her someday, "Are you happy? Did you find somebody who can finally give you what you need, that deep fulfillment?"

The rest of the hour revolved around the Meri-Christine-Kody reconciliation situation, but all the footage was released ahead of the special. You can get a recap of what went down right here.