"Harry Potter" stars Rupert Grint and Oliver Phelps rocked an Orlando crowd Tuesday night with their karaoke version of the Beastie Boys hit "(You Gotta) Fight for Your Right (to Party!)" 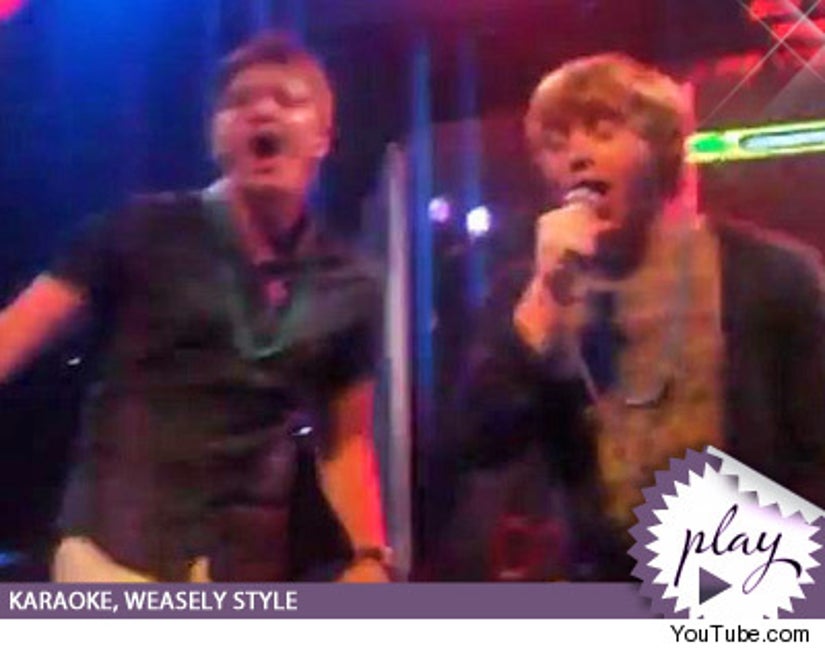 The guys performed at Universal's CityWalk Rising Star -- where guests sing karaoke with a real band and backup singers.

Phelps and Grint are among a number of other HP actors in town for the grand opening of the Wizarding World of Harry Potter theme park -- which officially opens June 18th.

Check out the pics from the grand opening!