Singing sensation Erika Jayne has had a string of Billboard chart No. 1 dance/club tunes, creating buzz in some music circles that she has the ability--and talent!--to give Lady Gaga a run for her money. 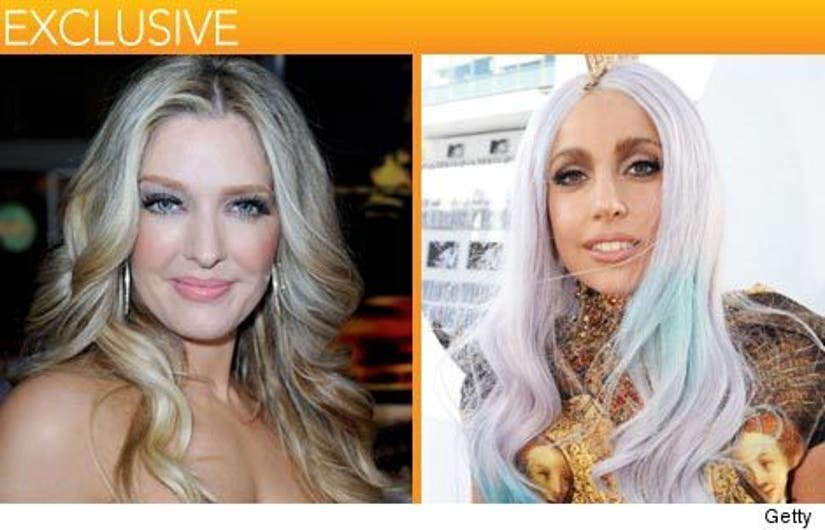 In fact, in June Jayne's single "Pretty Mess" moved ahead of Lady Gaga's "Alejandro," Usher and will.i.am's "OMG" and the Black Eyed Peas' "Rock That Body."

Jayne tells TooFab of when she topped Gaga, "You know, that was a great day," adding she kept the celebration low-key. "I just went out to dinner with friends. It feels great because it's something that you work for. You want to make things that people respond to, and it's nice to see that people are responding and having a good time, and that's really what it's all about."

And like Lady Gaga, Jayne is known for her elaborate performances. "I would describe [my performances] as over-the-top, glitz, glamour and sex. The costumes are sexy, body-conscious, revealing, lots of stones and sparkles and things to look at!"

And like Lady Gaga, Jayne enjoys a supportive symbiotic relationship with the gay community, having recently performed at gay nightclubs, including Splash Bar in New York City.

As for comparisons between Jayne and Madonna elsewhere in the press, the single songstress says, "I'm flattered, she's been a big influence throughout my life, and it's a nice compliment."