Katy Perry is copying her Smurfette alter-ego -- and is now rocking blonde hair too! 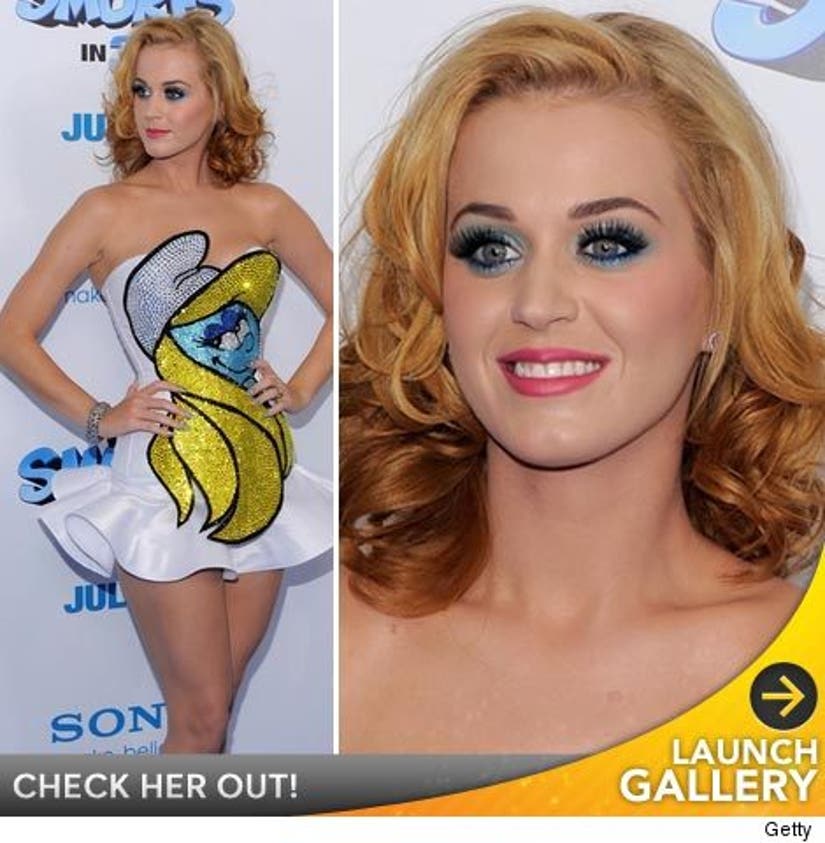 The singer, who voices the female Smurf in the new movie, debuted her lighter locks out on the red blue carpet last night for the flick's NYC premiere.

Perry was recently seen out with red hair -- but promised it was only a step on her way to a different color.

Katy didn't just stop with her Smurf pride at her hair though, as she also wore a short, cute dress with her on-screen counterpart bedazzled on the front.

What do you think of Katy's new hair? Better brunette?

Plus, check out other stars that have gone light and dark!