"The Playboy Club" hasn't even aired yet and it's already creating controversy.

When Heard's character Maureen finds herself in trouble, Dalton comes to her aid. Trouble is, he's already got a girlfriend in veteran vixen Carol-Lynne (played by Laura Benanti). Click on the "Launch Gallery" button to see the cast in and out costume: 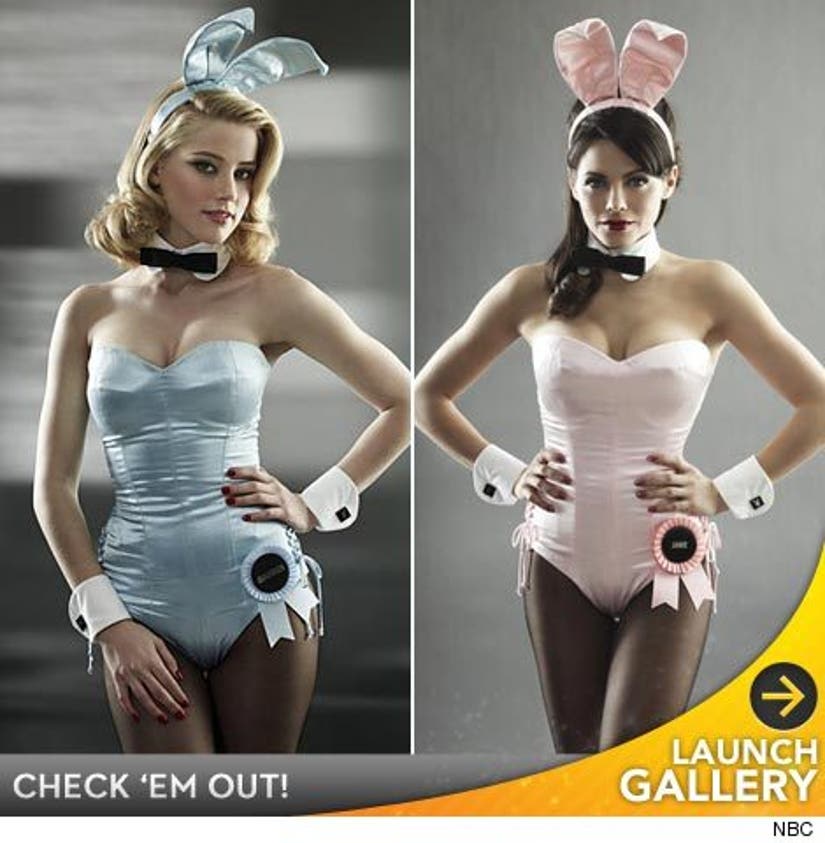 There's murder, intrigue, and bunny ears. Oh, there's sex too, or at least enough innuendo that the NBC affiliate in Salt Lake City will not air the series. But the cast was quick to downplay that aspect of the show during Monday's panel in front of the Television Critics Association.

"Look yeah, people were having sex, and I know somebody had sex, I just had sex in the bathroom," cast member Jenifer Lewis joked. "[The show] is about these women. It's character-driven, it will be fun, and I think I'm going to be fabulous in it."

Will you watch "The Playboy Club"? Tell TooFab in the comments below.