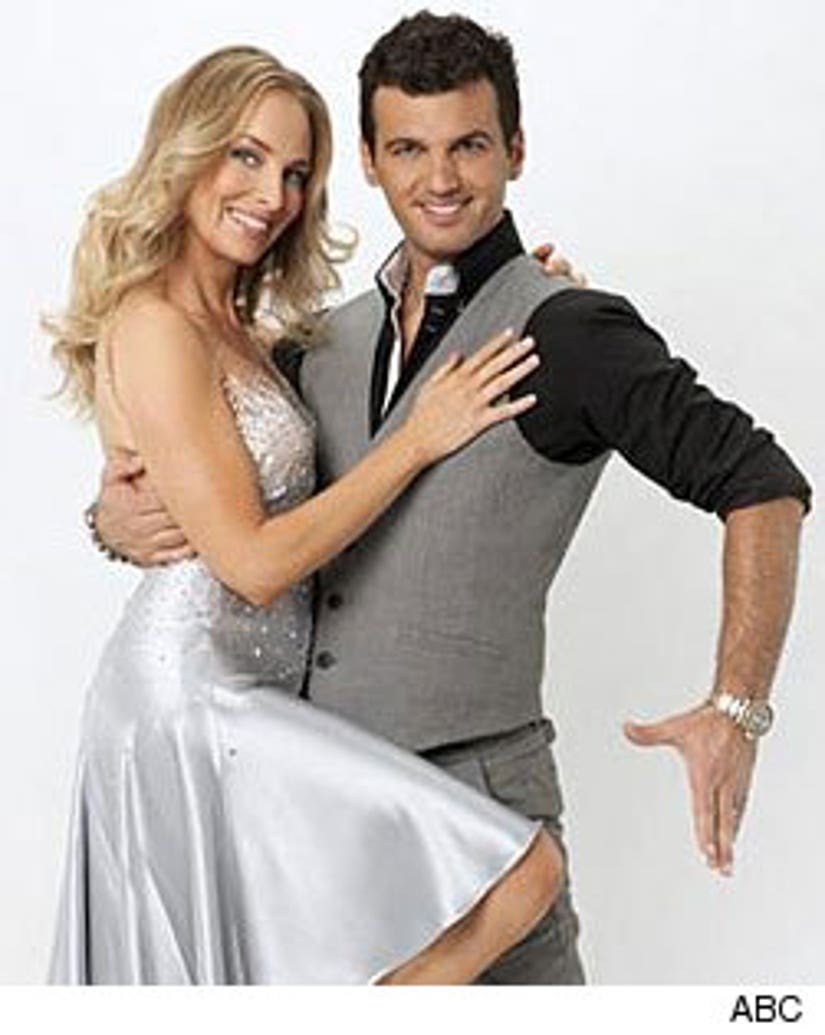 It was another shocking elimination on "Dancing With the Stars" Tuesday night.

Two couples who had never been in the bottom two before -- Rob Kardashian and Cheryl Burke and Chynna Phillips and Tony Dovolani -- found themselves at risk of going home. Nancy Grace and her partner Tristan MacManus were deemed "in jeopardy" but were ruled safe after the audience vote. Monday night's lowest scorers -- Carson Kressley and Anna Trebunskaya -- weren't even in the bottom three.

In the end it was Chynna Phillips and Tony Dovolani who went home. The couple had shown early promise -- topping the leaderboard in the first week. Chynna's poise and long lines were praised by the judges, but a visible error in their "Mission Impossible" tango sealed their fate. Chynna completely forget her steps towards the end of the routine and froze.

"I'm disappointed" the former pop star after hearing the news. "I messed up and take full responsibility."

"Tony is amazing," she said of her partner. "He's been there 100% percent of the way. Thank you to everyone who voted for me."

Other highlights of the evening included the return of Julianne Hough, who danced two fun routines, and audio of MacManus telling Grace not to fart during their performance, cementing the fact that she was the Fartgate perpetrator.

Next week, the eight remaining couples will dance to music from the '80s. Expect Carson in lots of neon spandex!

Did the right team go home? Tell TooFab in the comments below!