Hollywood's been on the remake trend lately with last year's "Footloose" and an update version of "Dirty Dancing" planned.

If "Grease" is ever remade, at least one cast member of the original 1978 is on board. Toofab caught up with Olivia Newton-John aka "Sandy" at Qantas Airline's Spirit of Australia party in Hollywood last night.

The 63-year-old singer/actress (who looked fabulous) joked she would play Sandy's mom or even her grandmother. As for who should play the sassy blonde, Olivia already has someone in mind. See her answer, below!

Also at the fete was longtime Qantas ambassador (and Olivia's costar) John Travolta, new ambassador Miranda Kerr, and Australian heartthrobs Ryan Kwanten and Chris Hemsworth. Check out all the photos, below! 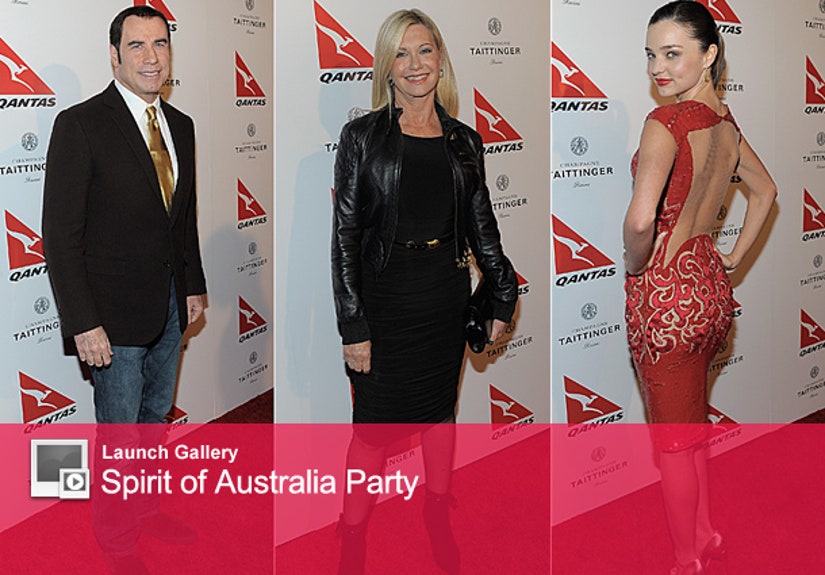