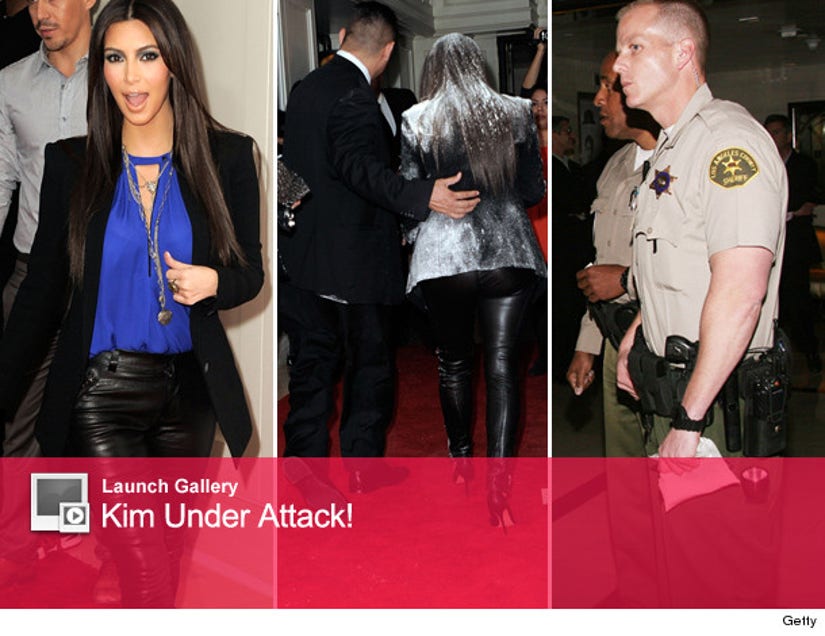 The reality TV star was hosting a red carpet event for her new "True Reflection" fragrance on Thursday at The London in West Hollywood, where she was pelted with flour by a woman in the crowd.

The white powder covered her jacket, hair, causing Kim to retreat from the red carpet. According to TMZ, she ditched the jacket, brushed her hair out and returned to the event.

The woman who threw the powder was detained, but since Kim decided not to press charges, she was released.