Looks like the Olympic Games not only bring the world together, but couples as well!

On Thursday, Prince William and Kate Middleton (aka Catherine, Duchess of Cambridge), cheered on Great Britain's cycling team from the VIP section of the games -- where they displayed more raw excitement than we've ever seen from the royal couple!

Kate, Will and Prince Harry jumped, danced, screamed, and cheered as they watched their team sweep the competition and break the world record in the qualifying round!

At one point, the Duke and Duchess were hugging so tightly that she was virtually hanging on him, and he lifted her -- and her shirt -- up in excitement!

Click “Launch Gallery” below to see all the pictures of William, Kate and Harry at the games! 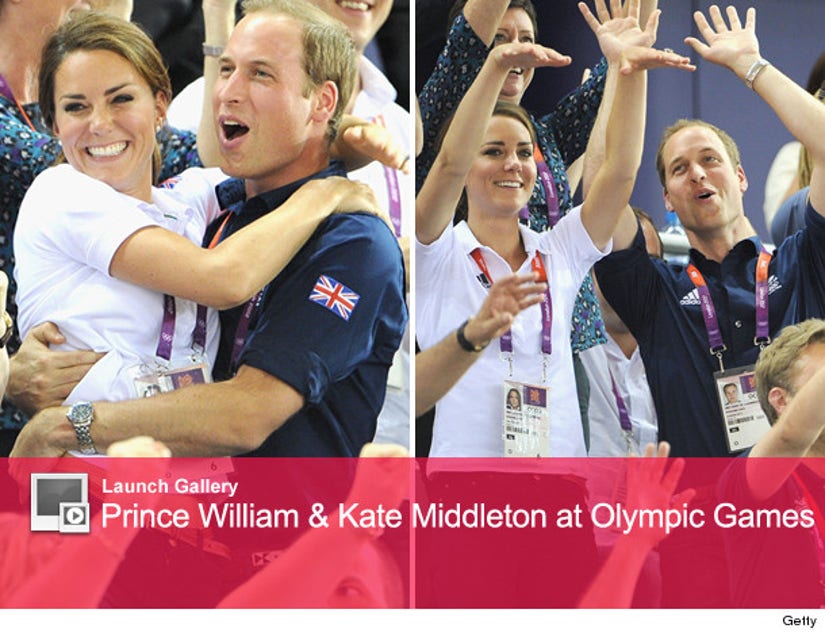