Tamar Braxton (Toni's younger sis) and her husband Vincent Herbert -- the stars of WeTV's "Tamar and Vince" -- are selling the Hidden Hills home featured on the reality show.

According to Real Estalker, the singer and her record producer husband bought the home just a year ago. Public records show two sale prices: $3.4 million or $6.9 million. Either way, Tamar and Vince are looking to make a profit; they've listed the mansion for $7.595 million. 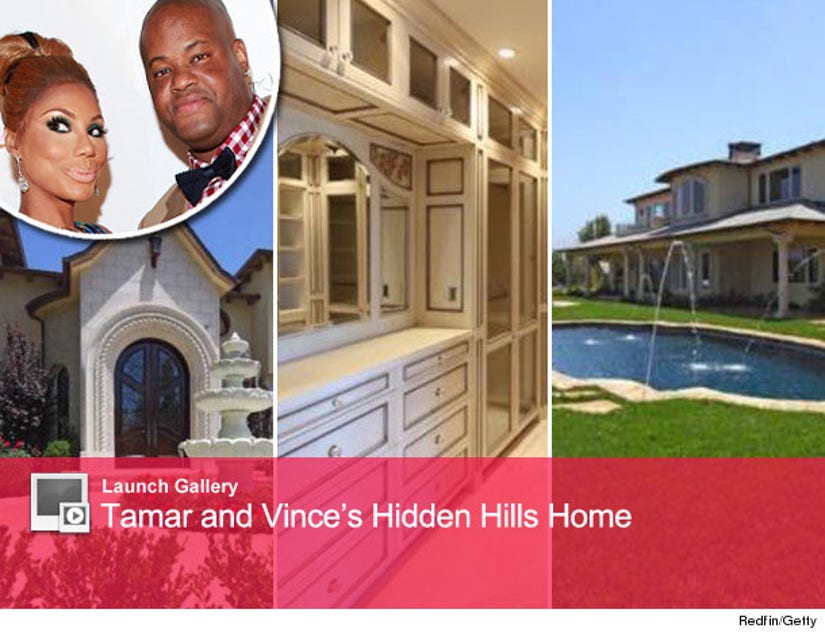 The house was featured prominently on their show, which their friends April and Lashawn Daniels gawked at. Lashawn even called the backyard "Jerusalem" and joked they can have baptisms in the pool.