It was an emotional night at the 46th Annual Country Music Association Awards last night for Miranda Lambert.

The singer and husband Blake Shelton won the coveted Song of the Year trophy for co-writing Lambert's powerful song "Over You" together ... a song with so much emotion behind it, Miranda couldn't hold back the tears when they went on stage to accept the award.

"I lost my brother in a car wreck when I was 14-years-old," Shelton said, explaining the story behind the song. "When I decided I wanted to be a country singer, my dad always told me, 'Son, you should write a song about your brother.'"

Shelton lost his father earlier this year, but he was clearly still on Shelton's mind, telling the crowd "Even after he's gone, he's still right."

Miranda's tears were flowing as she stood next to her husband, choking them back when it was time for her to speak.

"Thank you, Blake, for allowing me to sing this beautiful song and write it with you," said Lambert. "It's really emotional. We love y'all."

It was a sad and sweet moment for the two, who have clearly been through a lot together.

Check out more photos from the CMA red carpet below. 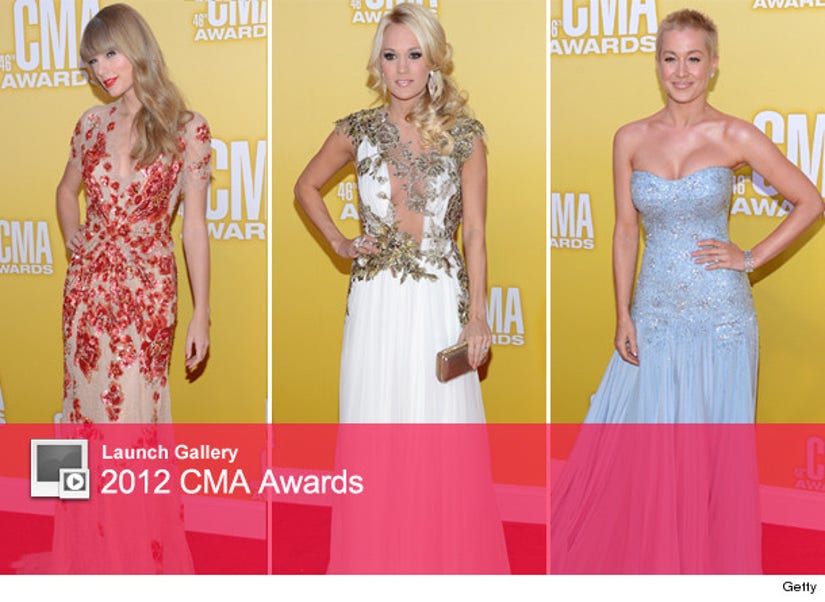