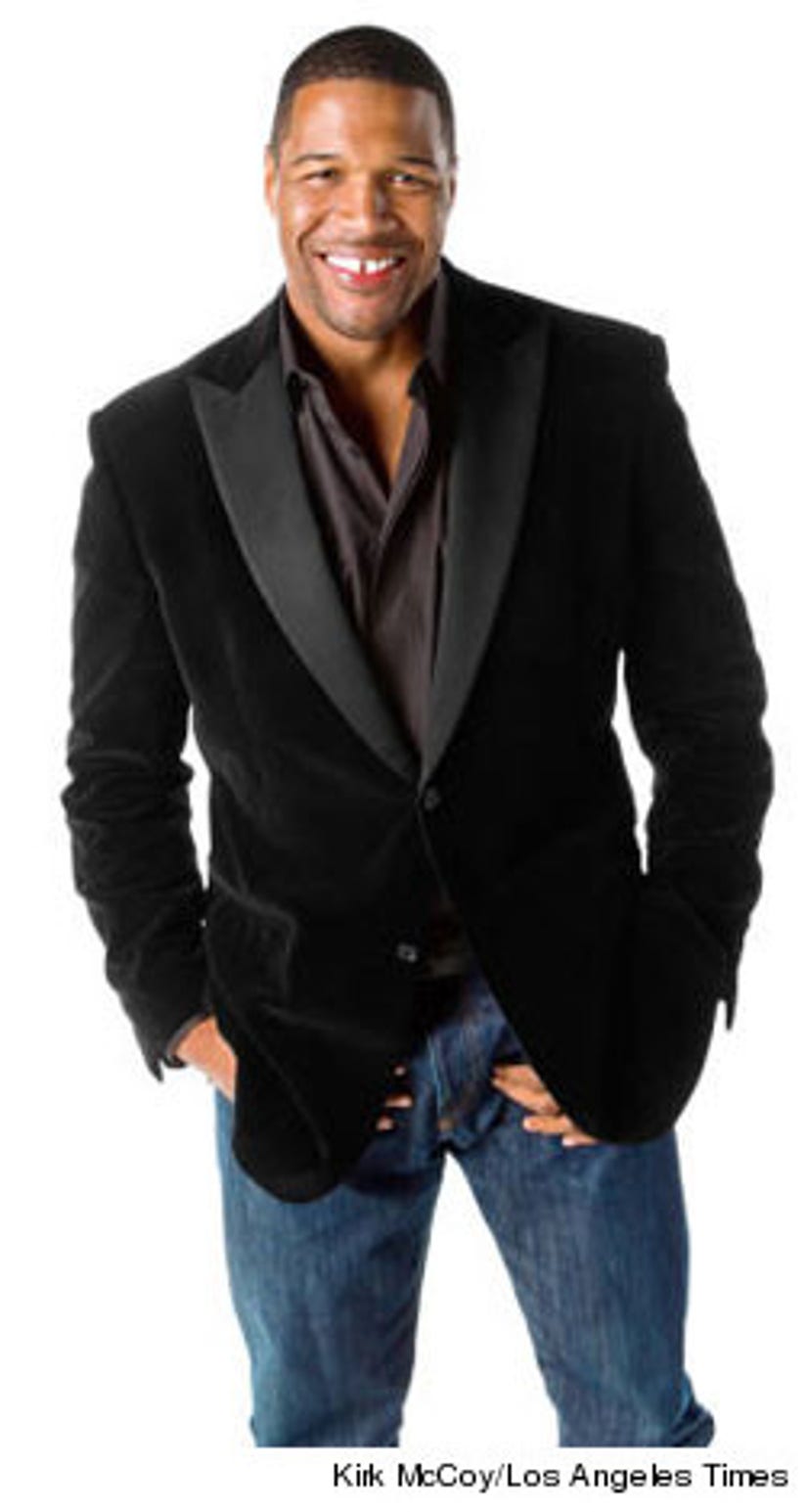 He's the newly-minted king of the mornings, having nabbed the much-sought after co-host spot on "Live! With Kelly," stepping into the large shoes left behind by Regis Philbin.

Luckily, Strahan,a 6'5" former New York Giants defensive lineman (who still holds the NFL record for most sacks), has more than lived up to the task, meshing wonderfully with his energetic sidekick Kelly Ripa.

The 41-year-old sat down with Elle ﻿to talk about his famed gap-tooth smile, childhood celebrity crush, favorite romantic movie and his thoughts on marriage after surviving a nasty divorce.

On the gap between his teeth:

"I was really close to closing it up. I was at the dentist having him do mock-ups. I thought about it, man.I was in my twenties. I was playing with the Giants. There's so much pressure to be perfect. You can fix everything now. For me, I made the conscious effort to say 'This is who I am.' I'm not perfect. I don't want to try to be perfect. At this point, I don't think my kids would recognize me without it. They'd be like, 'Who is this stranger in the house? Call 911!'"

On meeting his childhood celebrity crush:

"Elisabeth Shue, from "The Karate Kid." It's funny, her kids go to the same school as my kids in L.A. Heck, no [I'd never tell her]. Man, are you crazy? What, we're at school and I'm like, 'Hey, you know you were my childhood crush?' [Laughs] She'd be like, 'Security!'”

On his favorite chick flick:

"'The Notebook' gets me every time. It's a great love story. Boy from the wrong side of the tracks. They get on each other's nerves, but they can't live without each other. It almost makes me shed a tear."

On his nasty divorce with ex-wife Jean Muggli in 2006 that played out in the news:

"It didn't get public on my account. I wasn't necessarily trying to be public about anything. I couldn't control it. There's no reason to trash anybody in that situation. With technology the way it is, that stuff never goes away. When you have kids, who get older and use computers, you have to think about them. No matter how upset you are. So that's what I chose to do. It was one of the worst but best things for me. You learn you don't go around trying to prove to other people who you are."

Click here for more of Michael's interview with Elle.