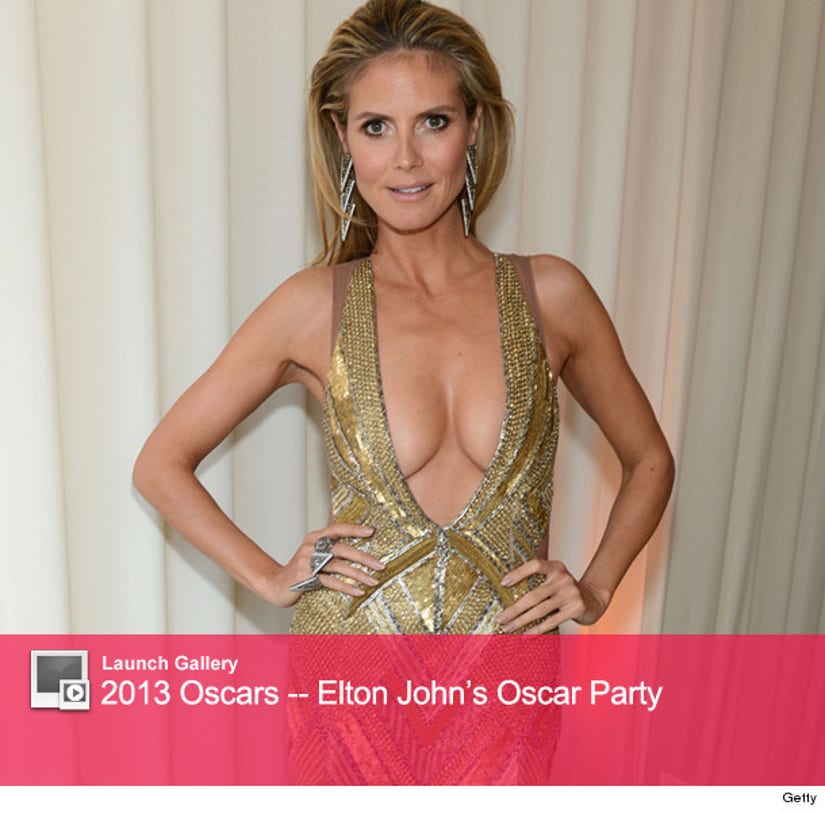 Heidi Klum used the Oscars to show off her Golden Globes.

The "Project Runway" star was MIA from the red carpet at the Dolby Theater for the Academy Awards, instead showing up to Elton John's annual party.

And in that gold dress, she was hard to miss!

The extremely low-cut, Julien Macdonald gold gown put Heidi's serious cleavage on display. She better be careful if she plans on dancing on any tables again ... and hope she brought some extra double-sided tape!