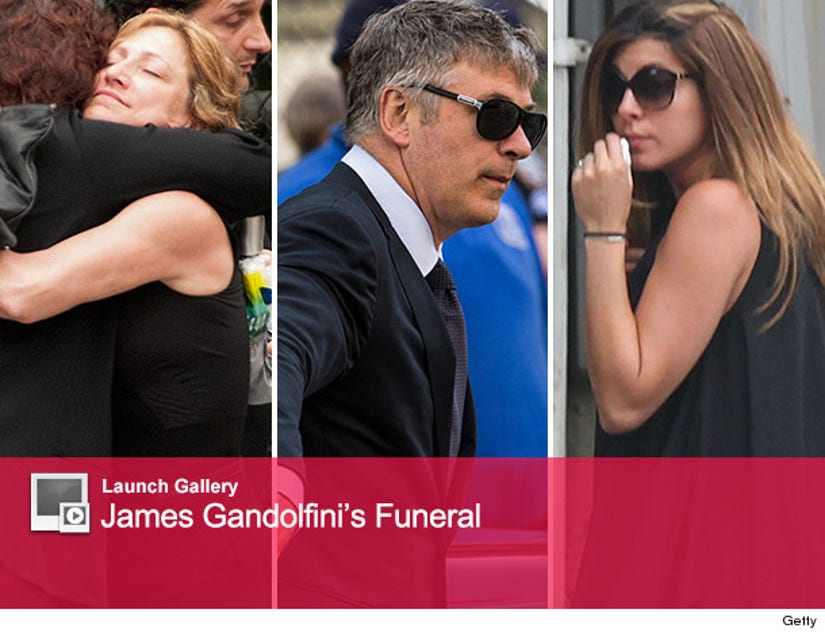 James Gandolfini has been laid to rest.

On Thursday, the late actor's family, friends and costars attended his funeral at the Cathedral Church of Saint John the Divine in New York City. The ceremony was led by Rev. Dr. James A. Kowalsku.

Gandolfini's wife, Deborah Lin Gandolfini, family friends Thomas Richardson and Susan Aston, and "The Sopranos" executive producer David Chase, shared their remembrances during the service, according to an HBO spokesman.

Other stars who attended the funeral included Alec Baldwin and his wife, Hilaria and New Jersey Gov. Chris Christie.

Last Wednesday, the 51-year-old died of a heart attack while on a trip to Rome -- James' wife, 9-month-old daughter Lily, and 13-year-old son Michael were also vacationing with Gandolfini at the time.

Click "Launch Gallery" above to see photos from the actor's memorial service and share your thoughts below.