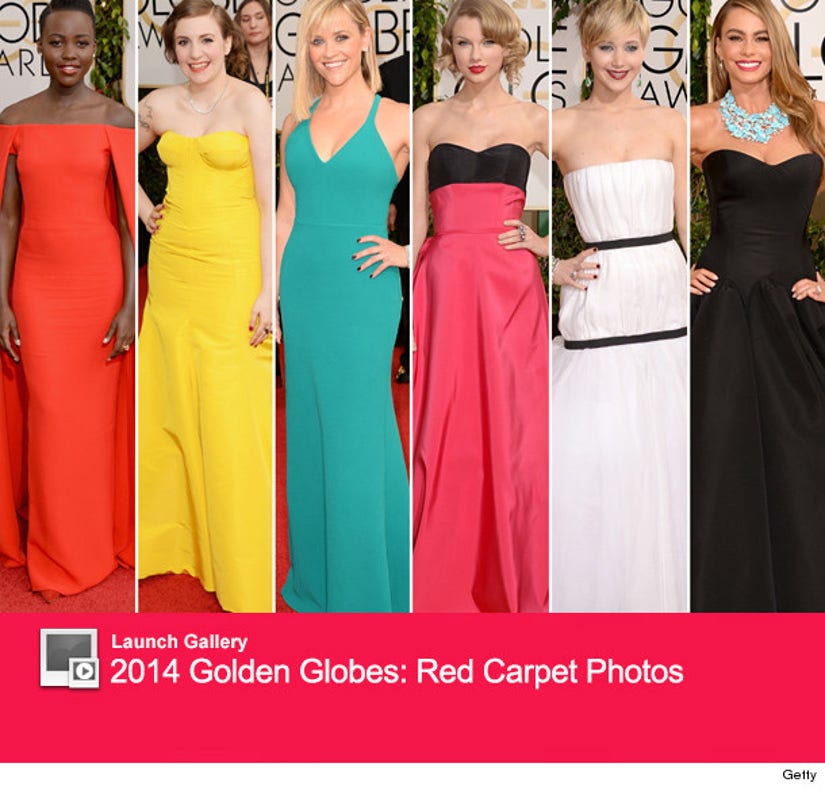 With booze flowing and people from both TV and film in the same room, the Golden Globe Awards are usually one of the most fun awards show of the season.

And with Tina Fey and Amy Poehler hosting, you knew there were going to be some laugh out loud moments.

Check out the highlights of the night below -- from hilarious jokes to bizarre speeches (Jacqueline Bisset, we're looking at you!).

Tina Fey and Amy Poehler killed it during their opening -- skewering nominees like Tom Hanks, Matthew McConaughey and "The Wolf of Wall Street."

The best joke of them all? The one aimed at George Clooney. Check it out above!

The Best Actress in a TV Series, Miniseries or Film winner rambled away during her speech -- and had two different "get off the stage" songs play before she stopped talking.

Everyone online started talking about it instantly, including Ellen DeGeneres, who added:

I helped write Jacqueline Bisset's speech. Did you like it?

When "The Wolf of Wall Street" stars Jonah Hill and Margot Robbie hit the stage to present an award, the prompter wasn't ready for them ... leaving them standing awkwardly on stage.

Eventually someone ran out and gave them a piece of notebook paper with the script. Oh, technology!

Walking out on stage, holding her Christian Louboutin heels in her hand and a martini in another, the "Saving Mr. Banks" star seemed a bit tipsy. We're still not sure if it was a bit or not (she was drinking on the carpet too), but either way, we loved it!

5.) Diane Keaton Creeps Us Out

The Hollywood Foreign Press Association honored Woody Allen with the Cecil B. DeMille Award, but since he hates awards shows, Diane Keaton accepted it on his behalf.

And thank goodness she did, because after waxing poetic about the director, she started singing a Girl Scouts song ... and it was weird.

There was one person who missed it: Mia Farrow. While Woody's ex was live-tweeting the Globes all night, she sent this out right before his honor:

Time to grab some icecream & switch over to #GIRLS

6.) And, Finally, the Best Joke of the Night