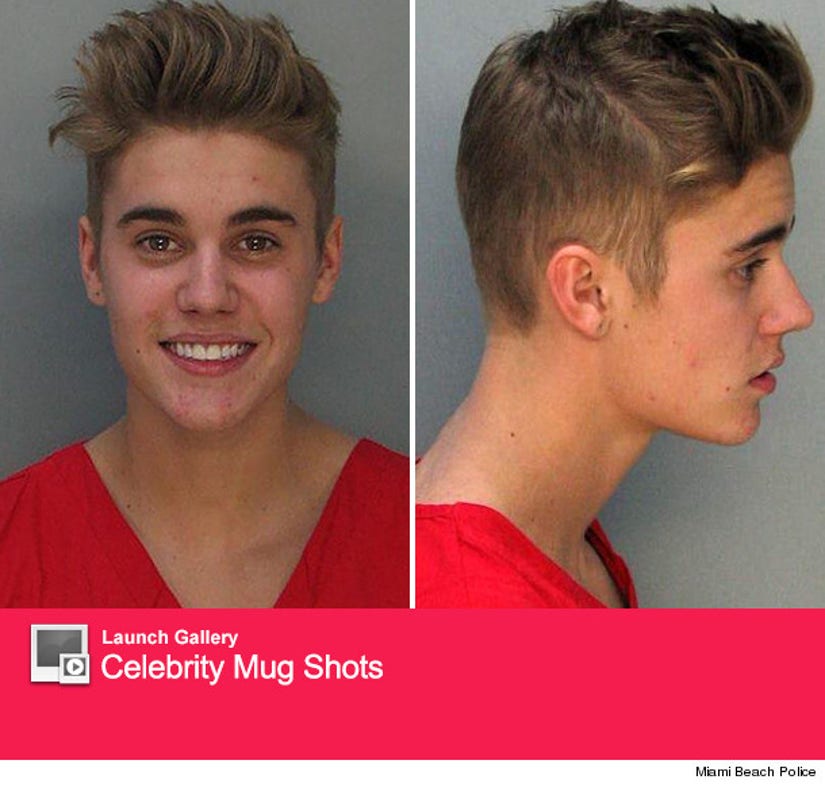 With his mugshot filling up everybody's Twitter and Facebook timelines, Justin Bieber's DUI arrest is all anybody is talking about this morning.

And that includes some high-profile celebs.

With reactions ranging from hilarious jokes to downright anger that he would put people's lives in danger by getting behind the wheel, it's a pretty mixed bag. Check out our favorite tweets below!

Keep reading TMZ for the latest developments in the situation -- and click here to find out more about the sexy lady by his side as he raced through Miami before his arrest.

Seth Rogen: All jokes aside, Justin Bieber is a piece of s**t.

Damien Fahey: Justin Bieber has been arrested. He'll use his one phone call to call his mommy.

We don't take it as a joke. It's not a game . Free bizzle. Free Kalfanzo. https://t.co/KWuEXNU0Wg

Condragulations, your son is a woman! @RuPaulsDragRace Justin Bieber's official mugshot has been released: pic.twitter.com/ZBLj5gSixM

The rumors are true. Justin Bieber is making his own version of #DragRace.

Just woke up to news that #Bieber has been arrested for Drag racing. I for one see no harm in dressing up as a woman and speeding. Go JB

For the record, I love Justin Beiber folks.

Now Justin Bieber gets to really be a labeled a hip hop star...he has been profiled and locked up for being Hord...lol

Can't believe people want to deport Justin Bieber! Would they say the same thing if this happened to Alan Thicke or Alex Trebek?

Today, we are all Justin Bieber's rented Lamborghini.

Bathing under the influence. I'm your Bieber now. pic.twitter.com/HalaojCT2o

anyhow as crazy as i am, I don't love laughing at downward spirals. you can love it though.

Justin Bieber mugshot pic.twitter.com/sVAAY83zKU He must be high... He thought he was at a Teen Beat photo shoot.