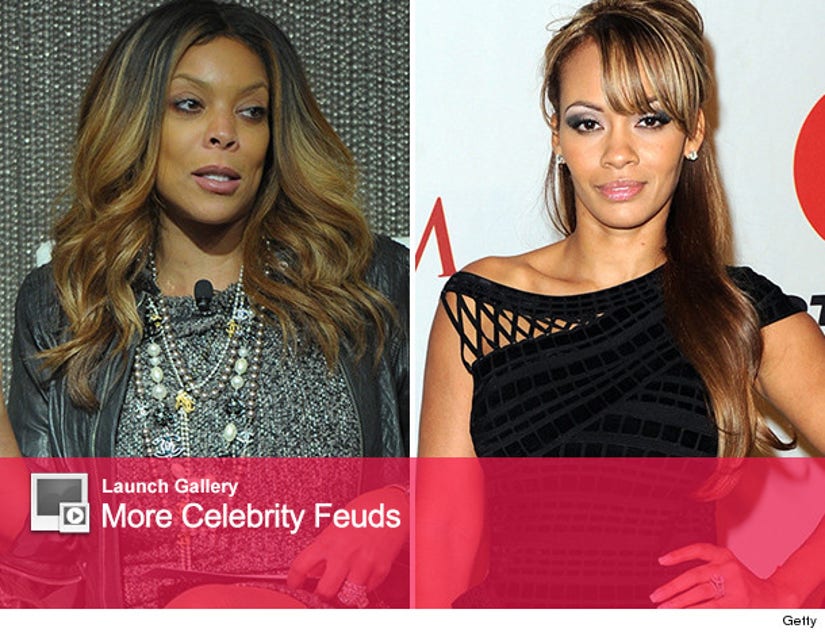 Just days after giving birth to a son with Carl Crawford, "Basketball Wives" star Evelyn Lozada is already firing up her Twitter -- and going OFF on Wendy Williams.

On Monday's episode of "The Wendy Williams Show," the host had some less-than-congratulatory words for the new mom.

"Evelyn gave birth to a cash register, I mean a baby boy," the queen of shade said during Hot Topics. "I didn't mean to make that cash register joke, but you see why it's easy to be said. Evelyn girl, congratulations."

She continued to talk about Evelyn's Los Angeles Dodgers player fiance, saying " he's not a bad looking man, but he certainly wasn't getting the likes of Evelyn Lozado [sic] if he wasn't playing baseball ... take care of your cash register!"

You know @WendyWilliams, I never bother anyone. I even bought you a beautiful bouquet of flowers congratulating your broadway debut...

Since u want me 2 open Dulce n LA. Maybe ur man can come 2 that store & purchase shoes 4 another woman like he did @ my Miami store. Bloop!

Oh...BTW...he purchased the Casadei suede over the knee boots triple platform just in case you wanted to know. #DontComeForMe #INeverBotherU