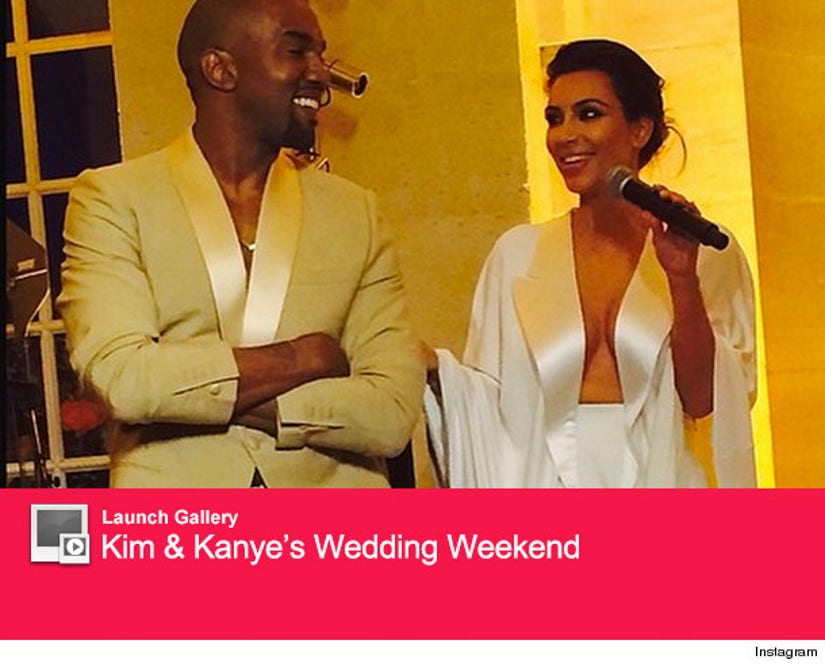 Kim Kardashian took her third trip down the aisle on Saturday in Florence, tying the knot with Kanye West with a lavish ceremony attended by her friends, family and a reality TV crew.

Obviously, this isn't Kim's first time saying "I do," but it is hopefully her last.

As we wait for photos to trickle in through Instagram and the paparazzi, we wanted to see how this extravagant affair stacks up against her last "Fairytale Wedding" with Kris Humphries ... the marriage that lasted only 72 days.

It seemed like Kris Humphries had no idea what he was getting into when he popped the question to Kim and the two really didn't appear to have that much in common. Kanye, on the other hand, wants this just as much as (if not more than) his new bride.

While Kris' proposal was intimate, Kanye was over-the-top. Where Kris struggled with style, Kanye is a fashion force to be reckoned with. And, if you factor in the fact that Kim and Kanye already have a kid together, it really seems like they're it for the long haul. 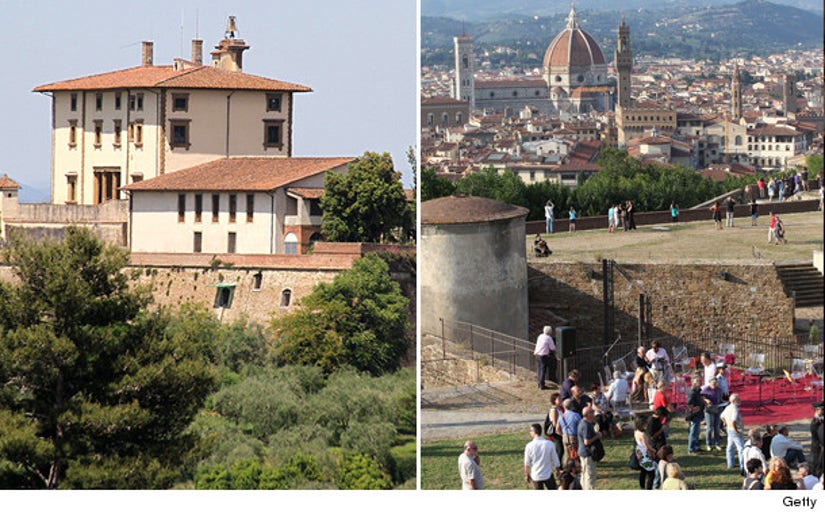 It's really hard to compete with Kanye here.

Kardashian and West celebrated their rehearsal dinner with a private party at Versailles, followed by a ceremony at the 16th-century Belvedere Fort in Florence, Italy with one breathtaking view of the city (above, right).

Kim and Kris, however, said their "I dos" at a private estate in Montecito, California. Beautiful, yes ... but a location definitely beat by a destination wedding in Europe.

Leading up to the main event, everybody wanted to know who Kim would be wearing for Wedding #3.

While there are no photos yet, Us Weekly says she wore a Givenchy haute couture gown, while North West wore a dress from Givenchy as well. Kanye's tux also came from the fashion house.

We can't wait to see the pics!

For her second wedding, Kardashian wore a princes dress from Vera Wang with a tulle skirt and a ridiculous $2.5 million headpiece. She later changed into another Old Hollywood glam gown from Vera for the reception.

Winner: TBD. Hopefully we get some dress pics soon!

As for the rest of the party, Mason was the adorable ring-bearer, Rob was a best man and Bruce Jenner walked Kim down the aisle. 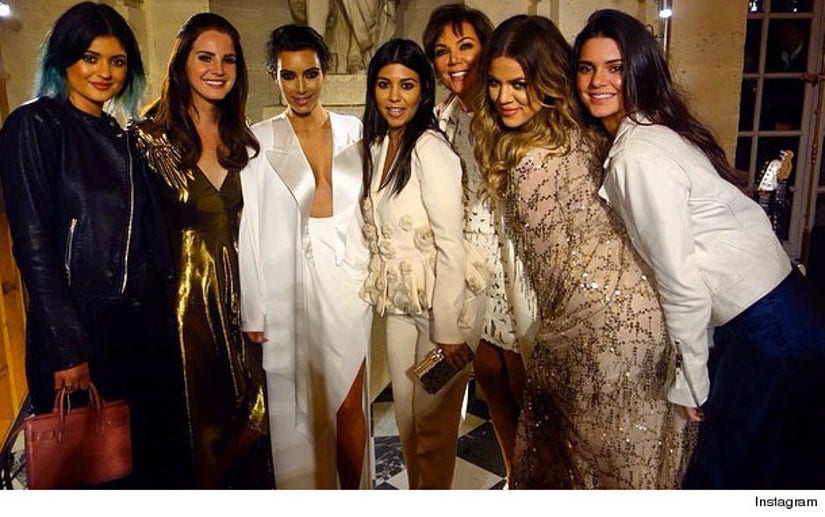 Flash-forward to 2014 and it's a lot of the same. Her sisters once again played bridesmaids and Bruce walked her down the aisle. The photo above was taken during their rehearsal dinner, which featured a performance from Lana Del Rey.

We're sure North West had something to do this time, but the exact details haven't been revealed yet. And while Jay Z was rumored to be Kanye's best man, he and Beyonce didn't even attend.

This one's a draw. 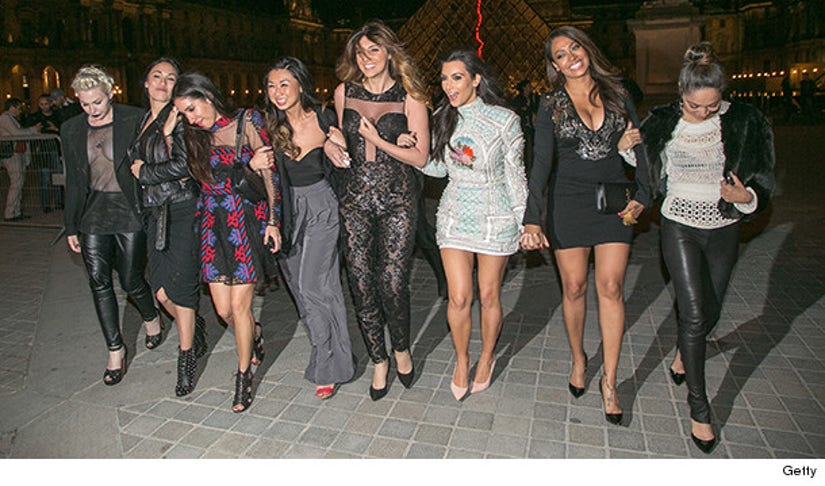 The winner: We'd rather party with Lohan and X-Tina any day, wouldn't you?

All that being said, this was definitely the event of the summer and looked like a gorgeous, dream day fit for a queen. Consider us jealous.

Keep checking back to toofab's Kardashian Wedding Central for more details as they come in!