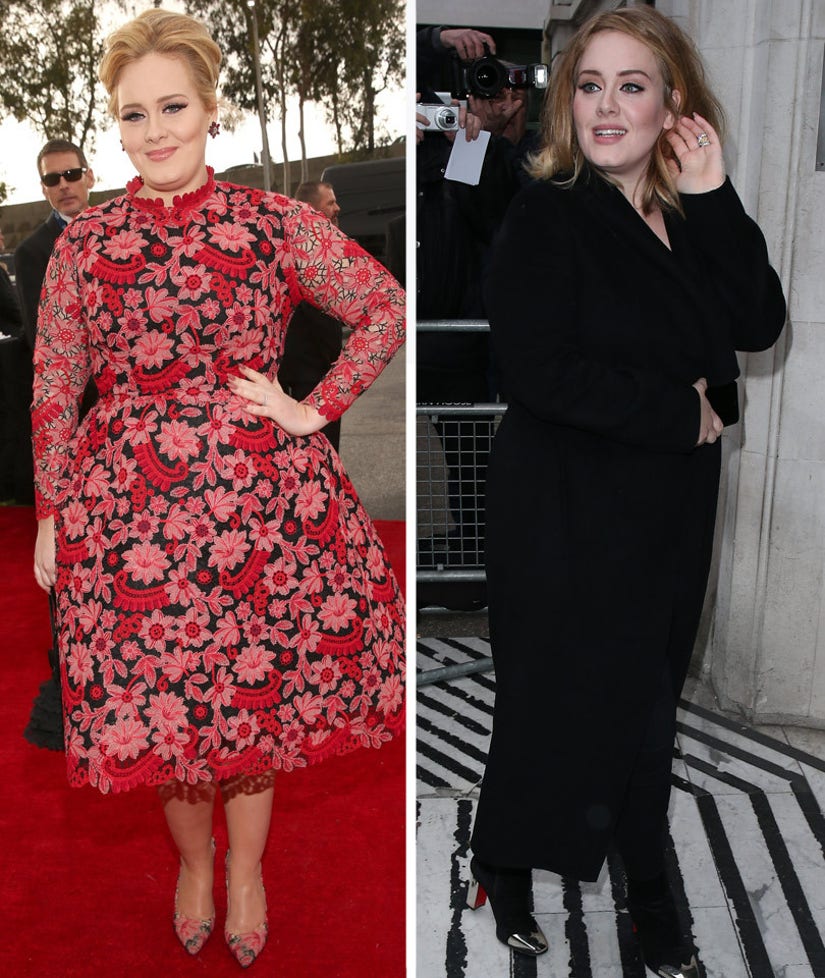 Adele is back and better than ever!

The British singer was spotted at BBC Radio 2 in London on Friday, where she looked gorgeous rocking an all-black ensemble. The mother-of-one also looks like she's dropped some serious weight since stepping out of the spotlight in 2012 to spend time with her son Angelo James Konecki.

The Grammy-winning singer also dropped her new music video for "Hello" on Friday, the first single from her long-awaited album "25." Check out the chilling clip below!

"My last record was a break-up record and if I had to label this one I would call it a make-up record," she shared on Facebook earlier this week. "I'm making up with myself. Making up for lost time. Making up for everything I ever did and never did. But I haven't got time to hold on to the crumbs of my past like I used to. What's done is done."

We are so excited to hear more music from the "Rolling In The Deep" singer! What do you think about Adele's weight loss and music video? Sound off below and check out the gallery above to see more stars who've shed major pounds!