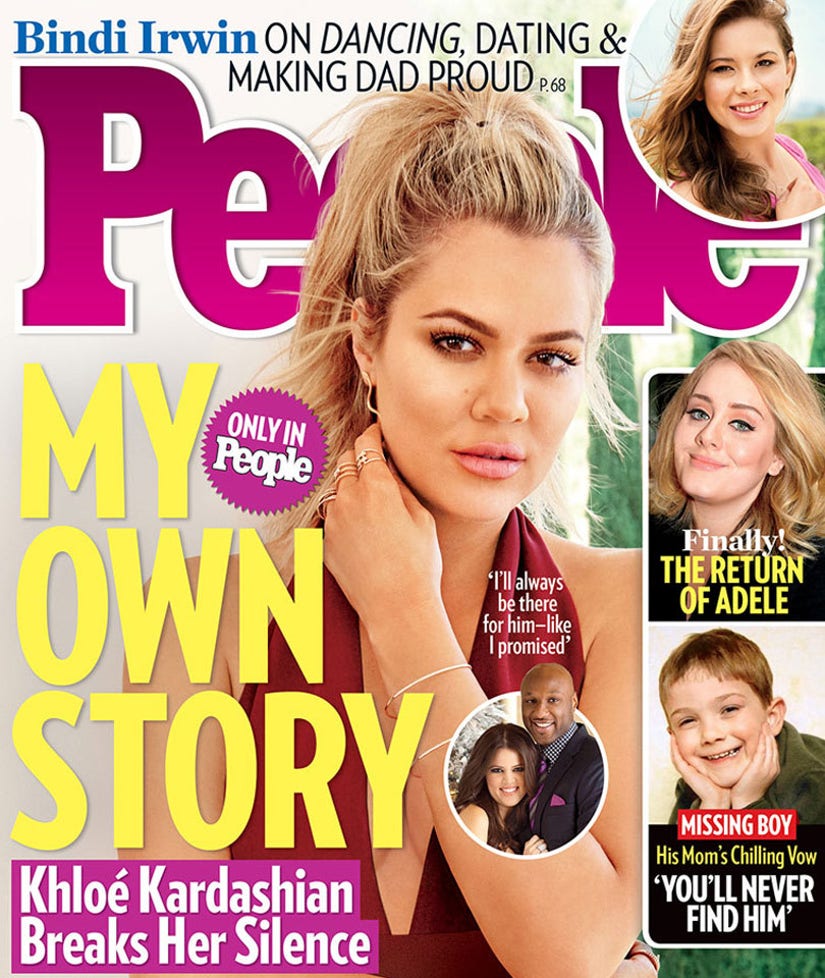 Khloe Kardashian is opening up for the first time about Lamar Odom's traumatic ordeal.

After the former NBA player was found unconscious at a Las Vegas brothel, the "Keeping Up With the Kardashians" star admits that she didn't hesitate before hopping on a plane to be by his side.

As Odom fought for his life, Khloe decided to call off their divorce. But, the 31-year-old star says it doesn't mean she's getting back together with him.

"I pulled back on the divorce because there is no rush for it," she tells the magazine. "For medical decisions and a ton of other things, it's just smarter that it's put on hold. But that does not mean I'm back with Lamar. It's not even in our brains to think about us having a relationship. Only time will tell."

"I loved him always, and I will always love him," she declares. "I don't believe love is fickle. I believe when you love someone, you are allowed to love from afar. You don't have to be with that person in order to love him. I love Lamar, and I'll always be there for him like I promised."

Lamar is currently being treated at a recovery center in Los Angeles, and Khloe knows he has a long road ahead. "The fact that he woke up was definitely a sigh of relief for everybody," she says. "Every hour is different. It goes up and it goes down but he's awake. He's alive and that's all I wanted, was for him to be okay."

Soon after the interview was posted online, Khloe started getting negative comments from fans for doing press amid all of the Lamar drama. She took to Twitter to set the record straight.

"I want to make this VERY clear.... My people cover, I shot and interviewed for PRIOR to all the events that happened," she wrote. "It was contracted press for my book that I wrote months and months ago. Timing is what it is."

"Shame on you all for thinking the worst of me. It's been a tough few weeks. I don't need your f--ked up energy! Know the facts before you throw stones," she added. "I had to do a follow up 5 minute phoner after the events only because I was contracted to. I cancelled my book tour to avoid this attention."

What do you think about Khloe's candid comments ... and her reaction to the backlash? Sound off below!