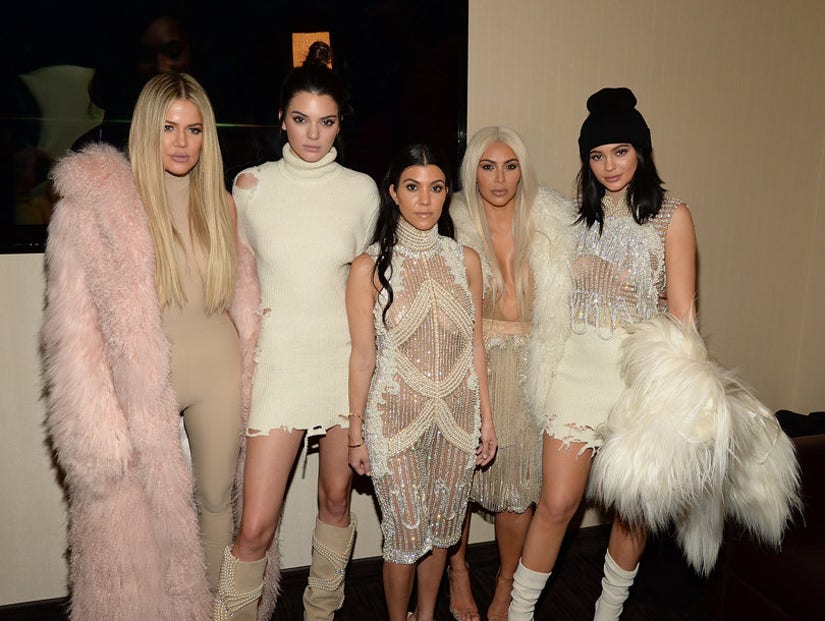 There's no doubt that the Kardashian/Jenner sisters have killer style -- but who has the best wardrobe?!

Kendall Jenner recently revealed who she thinks has the best closet while promoting Estee Lauder's eye shadow palette. Turns out the 20-year-old appreciates each of her siblings' wardrobes in their own way.

Kendall noticeably left younger sister Kylie Jenner off the list, which she says is due to the 18-year-old's resistance to share anything.

"We're all super-generous minus Kylie," she laughed. "Kylie and I always fight over clothes. It's, like, a problem. But it's because we grew up together and we just grew up fighting over clothes."

Fans got a very good look at the Jenner sisters fighting over clothes during an episode of "Keeping Up With The Kardashians" in November. As the pair were getting ready to head to the 2015 Espy Awards, things took a nasty turn when Kendall tried to borrow a dress from Kylie's closet!

"She's not taking any of my clothes, right?" Kylie asks her assistant in the clip above. "Just one random brown dress," Kendall replies. "She can't wear that. It's one of my favorite brown dresses," Kylie retorts.

Kendall ends up calling her sister "the biggest f--king bitch" she's ever met before calling her the dreaded C-word on the way out!

Relive the explosive fight in the clip above!

Which Kardashian/Jenner sister's closet would you love to raid? Tell toofab in the comment section below!