Blake Shelton just dropped the music video for "Came Here to Forget," a new track that seems to be about his relationship with Gwen Stefani.

Shot in black-and-white, the clip shows the country stud singing while a beautiful woman walks on the beach and dips her toes in the crashing waves. The scenic scenes are then cut between shots of Shelton talking to his flame and watching her dance.

"Came Here to Forget" is the first single off of his album, "If I'm Honest," and it describes a couple coming together in a bar to drink and get over their exes. "Girl getting over him and I'm getting over her / The eyes have it made, ain't gotta say a word / Misery loves company, that's why it's you and me," the lyrics read.

While "The Voice" coach hints at his budding romance in this song, he insists that there won't be any tracks about his divorce from Miranda Lambert on the new album.

"It's not like there's all these juicy details [in the record]," he recently told CMT, adding, "but [country music] lends itself to emotions and things that you go through when you go through a divorce and, more so, the getting over that and moving on and finding someone else."

"The last year and a half of my life has literally blown up in my face," Shelton said. "That's okay because I'm a country singer, and I at least get to take all that and put it into music... [I] couldn't be happier with the way 'Came Here to Forget' has [taken] off." 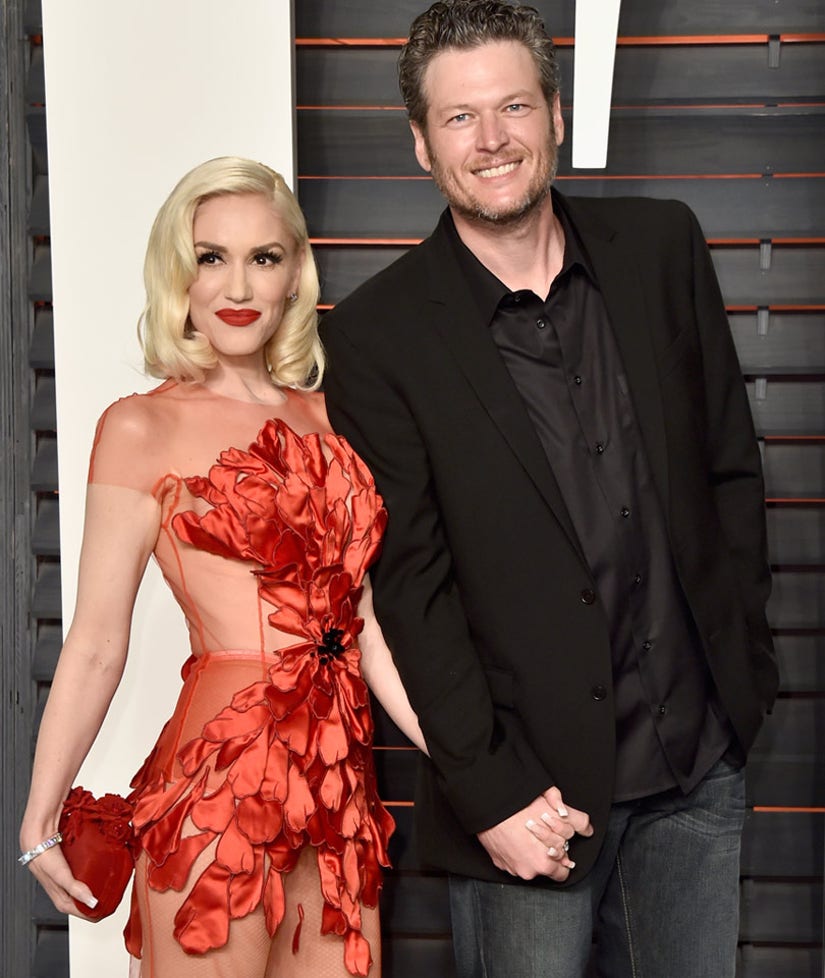 While Blake makes subtle references about his personal life in his music, Stefani has been open about using Blake as her muse for "Misery."

"You're like drugs to me. So put me out of my misery, hurry up come see me," she says in the chorus. "I'm thinking things I never thought before. Like what your love would taste like, give me more."

Listen to the full song here.

The No Doubt frontwoman recently promised more happy tunes on the her upcoming album -- as her state of mind totally changed during the songwriting process.

"We kind of flipped over to this happy, excited, new phase," Stefani told EW last month. "And I wrote a bunch of new songs — I want to say four or five songs I wrote within the last three weeks."

What do you think of the pair's new music? Sound off below!