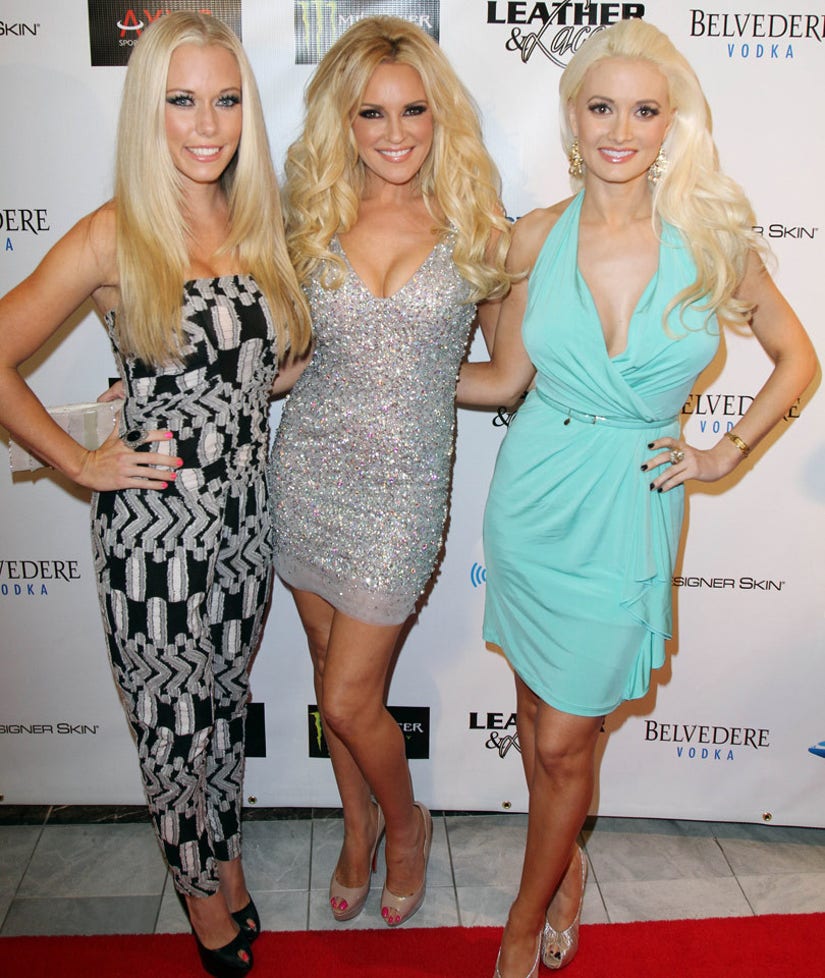 "Girls Next Door" star Bridget Marquardt is taking a stand in the ongoing feud between her former costars, Holly Madison and Kendra Wilkinson.

In case you missed it, the fight started after Holly said some nasty things about Kendra in her memoir, "Down the Rabbit Hole." Hef's former number one girlfriend said she remembers Kendra having a "sense of entitlement" when she arrived, after asking for a big room, a new car and money to get her teeth fixed. "I don't miss her," she added in the book.

Wilkinson didn't take her comments lightly, trashing her in the media and calling the tome a "book of lies."

Things heated up again last month when Holly and Kendra went at it on Twitter. So, what does Bridget think about all of this drama?

"It's kind of sad. Like I feel like we have a bond, the three of us. It's kind of like, it's not like a sisterhood, it's not like friends, I mean it is friends, but it's something totally different than any other relationship you could possibly imagine," Marquardt said on Hollywood Today Live.

"And so in that sense, it kind of makes me sad, but at the same time, I mean, Holly came out with a book and she gave her experience," she added. "This is what I told Kendra, 'She's writing about her experience and this is how she's reflecting on it and she has a right to do that. And you have a right not to agree with her, but lashing out like this and saying such vile things and stuff isn't really the way to handle it either.'"

The newly-engaged star also revealed that Kendra hasn't even read Holly's books. "But I'm not sure, she must be referring to the first book that Holly wrote, not the one that's coming out right now. But Kendra hasn't read the book. I asked her, she hasn't read it."

Bridget and Kendra recently reunited during an episode of "Kendra On Top," where Wilkinson admitted that she may have misjudged their friendship after they left the Playboy mansion.

"You know, I did have—as we all did, probably, a hard time transitioning into like a world outside the mansion," Kendra told her.

She also apologized for saying she was never friends with Bridget. "When I was saying those things, it was more about like, trying to distance myself from the mansion as much as I could, which was the wrong thing to do," she said to Marquardt.

"I do feel it was sincere and I do think there's a long way to go," Bridget admitted. "There's been a long track record of things, you know, so I think that that's definitely a step in the right direction, and we both feel really good about it. But it doesn't mean that we're BFFs or anything right now."

Check out the clip above to hear more!