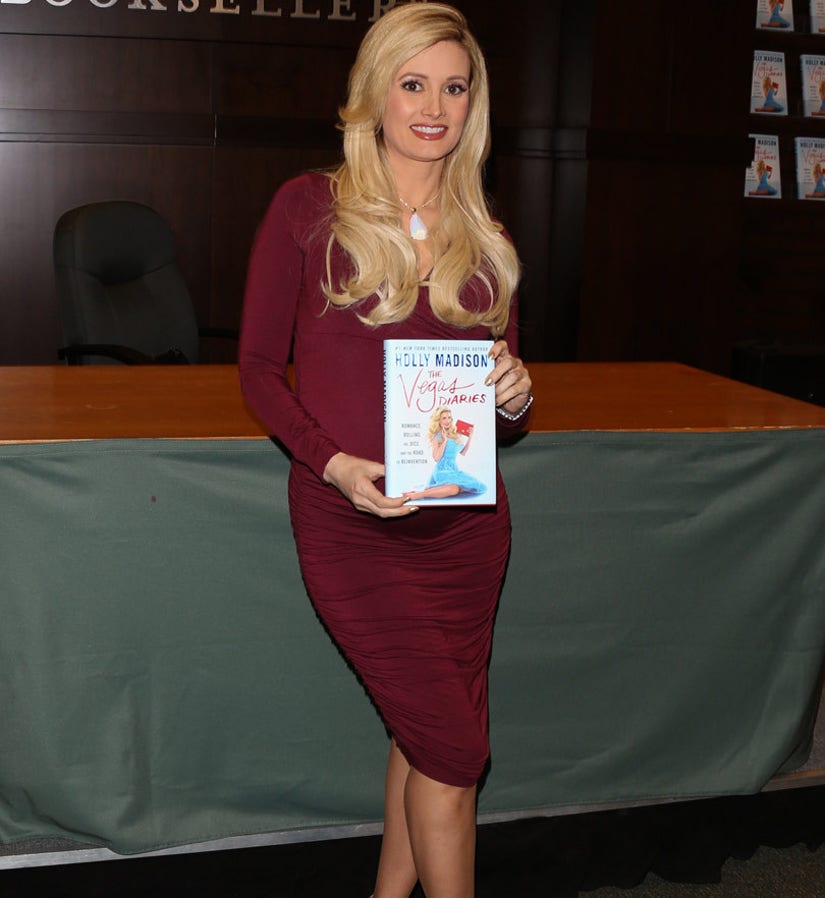 Holly Madison is putting her drama with the Playboy Mansion behind her, shifting focus to her crazy life in Sin City in her New York Times Bestseller "The Vegas Diaries."

While "Down the Rabbit Hole" focused on her controversial relationship with Hugh Hefner, as well as her bitter friendship with Kendra Wilkinson, her latest book reveals what happened after she left Hollywood for Las Vegas. While she ditched L.A., the drama followed her to Nevada, where she once again tried to strike a balance between work and her relationships ... a balance that wasn't easy when the lines began to blur.

NEWS: Kendra & Holly Go at It In Most Brutal Twitter Feud Yet

"There weren't really any misconceptions I was out to clear up in this book. I was more concerned with including the anecdotes that made me the most emotional when they happened, because those are the kinds of stories I respond to as a reader," Madison tells toofab about her latest novel. "I wanted to share my most embarrassing moments, my most blissful ones and the ones that made me feel angry, embarrassed or sad." 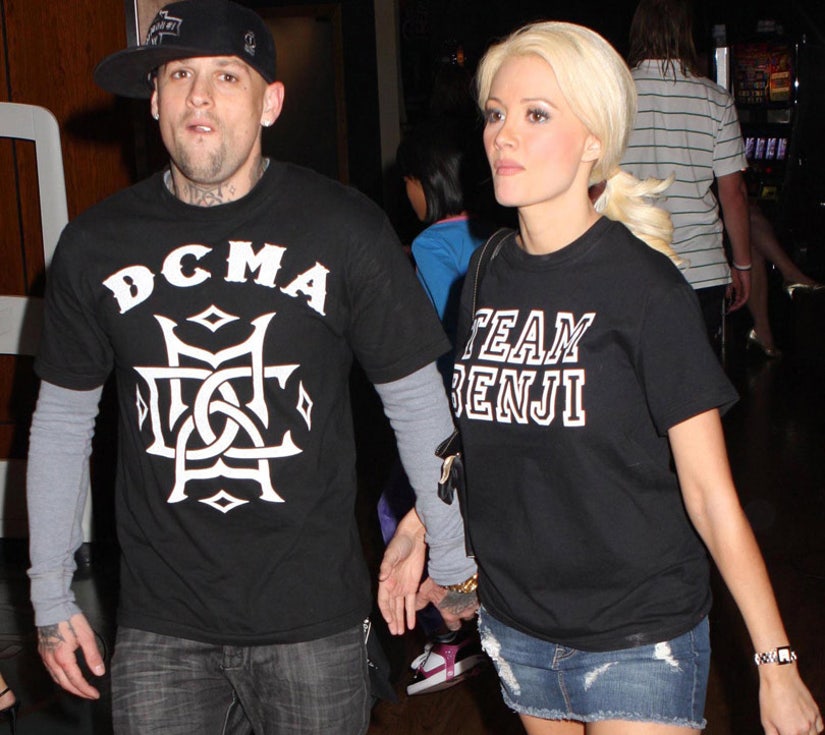 One incident that made her feel especially bashful occurred when she was dating Good Charlotte's Benji Madden back in 2009.

After having public splits from both Hef and Criss Angel, Holly and the rocker decided to keep this relationship a little more private -- much to the disappointment of her "Holly's World" producers.

In the book, she explains how one "higher-up" told her, "If this guy cares about you at all, he should have no problem being on your television show." Madison explains that she refused to talk about him during interviews, which led to a "major blowout" behind the scenes.

"One of my favorite producers even told me, through tears, that her boss threatened her with her job if she didn't get me to say his name on-camera," Holly reveals.

The breaking point for the couple came when Benji called her up, explaining how someone from her team called "'his people,' asking him to appear on my show. I was shocked, and honestly, pretty embarrassed. I knew they wanted him on the show, I just didn't think anyone would ever go behind my back to ask."

Looking back at her dating life balancing act, Holly tells toofab that it was difficult, in general, to keep the two worlds separate.

"It was definitely hard to strike a balance because, in my dating life, I wanted to have the authenticity of getting to know people off camera and I was also concerned with keeping my private life private," she explains. "I was sick of being synonymous with people I had dated."

Perhaps that's why she decided to keep some of the other men from her past a secret in the book.

In one especially intriguing anecdote, Holly writes about a boy band star who asked her out when she was a waitress at Hooters. She doesn't reveal his name, instead describing him as a "chiseled blond with blue eyes and hair pulled back into a rough ponytail." She adds that he was a "member of one of the most famous groups on the planet." Any guesses?

"It was important to me to protect people's privacy, so if I had anything remotely personal to say about them, I did my best to disguise who they were or I compiled my experiences into a few composite characters," Madison tells toofab. "If I mention anyone by name in the book, it's because I don't have anything personal or negative to say about them and in those cases the situations I talk about are so easily Google-able that I wouldn't have been able to fool anyone anyway."

So, what was so personal about this boy bander? Well, in the book, Madison reveals she went to visit him in his hotel room -- when his assistant showed up to deliver an "industrial-sized tube of K-Y Jelly" to him mid-date. Yikes!

One more high-profile name she does drop up in the book is Russell Brand, who she was linked to back in 2009 as well.

While their alleged hook-up is "easily Google-able" (E! reported they had a "noisy" night after meeting at Tao), Madison takes the chance to shoot down the rumors in her telling of the events. According to her new account, the two simply had a fun night talking, before he dropped her back at her place, without a goodnight kiss.

"If he meant to give me a goodnight kiss or not, I would never know," she writes in the book, explaining how she later ghosted him by removing his contact from her phone.

"After days of my silence, he finally sent me a message saying that he hoped I knew he had nothing to do with the rumors," she adds. "I removed him from BlackBerry Messenger; I didn't want to be tempted to text him and this way he couldn't reach out to me anymore, either."

For more on her love life, work drama and reinvention, check out "The Vegas Diaries," in stores now.