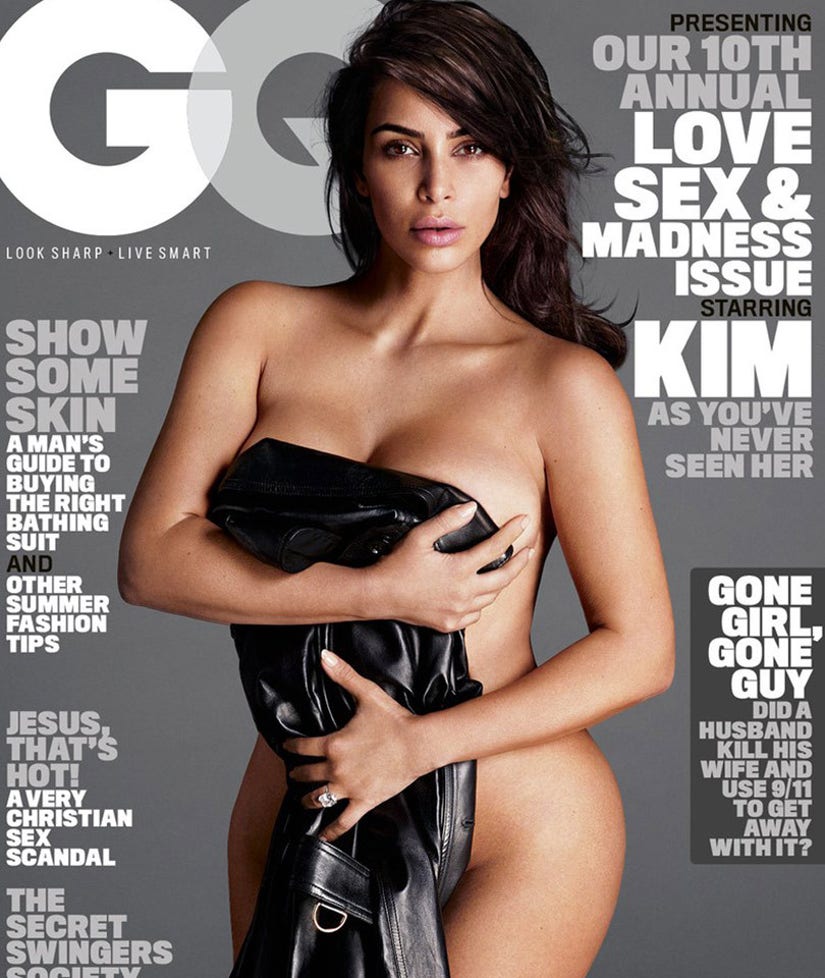 Kim Kardashian is getting incredibly candid about being in the middle of two of this year's biggest feuds.

Earlier this year, a firestorm exploded between her husband, Kanye West, and Taylor Swift -- after he released a song suggesting they "might still have sex," while adding, "I made that bitch famous."

He later said Swift knew about the lyrics in question, but her reps flat out denied it. Now, Kim's revealing her side of the story.

"She totally approved that," Kim says in a new interview with GQ. "She totally knew that that was coming out. She wanted to all of a sudden act like she didn't. I swear, my husband gets so much s--- for things [when] he really was doing proper protocol and even called to get it approved."

Swift's reps say they did speak, but add Kanye never said he'd use the term "that bitch" in reference to the singer.

"[Taylor] totally gave the okay. Rick Rubin was there. So many respected people in the music business heard that [conversation] and knew," Kardashian continues. "I mean, he's called me a bitch in his songs. That's just, like, what they say. I never once think, [gasping] 'What a derogatory word! How dare he?' Not in a million years. I don't know why she just, you know, flipped all of a sudden."

Kim adds that the phone conversation was recorded on video ... but Kanye's declined to share the footage with GQ.

"It was funny because [on the call with Kanye, Taylor] said, 'When I get on the Grammy red carpet, all the media is going to think that I'm so against this, and I'll just laugh and say, 'The joke's on you, guys. I was in on it the whole time.' And I'm like, wait, but [in] your Grammy speech, you completely dissed my husband just to play the victim again."

In case you forgot, here's what she said in her acceptance speech:

I want to say to all the young women out there, there are going to be people along the way who will try to undercut your success or take credit for your accomplishments or your fame, but, if you just focus on the work and you don't let those people sidetrack you, someday when you get where you're going you'll look around and you will know that it was you and the people who love you who put you there. And that will be the greatest feeling in the world.

Kardashian alleges that Swift's attorneys also sent a letter saying, "Don't ever let that footage come out of me saying that. Destroy it.'"

Elsewhere in the article, the reality TV star also opens up about her family's true feelings about Blac Chyna. There was some serious drama between the Kardashian clan when she started dating Rob Kardashian, fueled by the fact that she was the ex and baby mama of Kylie Jenner's then-boyfriend Tyga.

Rob and Chyna got engaged and announced their pregnancy shortly after.

"We're all on board," Kim says now. "We definitely see that my brother is happy and getting healthy, and whatever gets him to that place, you know, we're happy for him. Chyna's a sweet girl, and I think we all have so many things going on in our lives that we just want my brother to be happy. Has there been so many crazy things that happened? Yes. Is the whole situation, you know, just…? I think people want to feel like we're all beefing and have this crazy fight, and we're really not. I think the drama naturally follows us."

Check out Kim's full interview over at GQ's website. The issue hits newsstands in New York and L.A. on Tuesday June 21, and everywhere else on June 28.