It was bound to happen sooner or later ... and yesterday, the women of "The Real" did their first interview since Tamar Braxton's surprising exit back in May.

Appearing on "EXTRA" to promote an upcoming gig for the ESSENCE festival in New Orleans next month, Tamera Mowry-Housley, Adrienne Bailon, Loni Love and Jeannie Mai briefly spoke to Mario Lopez about their former co-star's departure.

"First of all, we want to let all of our fans know that we love them and we were totally taken by surprise when we found out that Tamar wouldn't be returning to 'The Real,' Loni said. "We love her."

When Mario mentioned it seemed like all the women got along really well with Tamar whenever he interacted with them, Tamera responded, "Yes, very [well]. We'll miss her dearly."

It was definitely a rushed moment and a little bit awkward ... we hope to hear a bit more from them about what happened when the show returns in the fall.

"Tamar Braxton's contract was not renewed for reasons that will remain privileged and private, and that are between her and the Studio," Warner Bros. said after she was let go. "However, we would like to make it crystal clear that Ms. Braxton's departure from the show had nothing to do with her former co-hosts; any suggestion to the contrary unfairly tarnishes them. As always, we wish Tamar and Vince all the best."

Braxton appeared on "The Steve Harvey Morning Show" last month, where she spoke out about what she thinks happened.

"You know when you love your job, it's no issues. You're not complaining about much, you're not fighting with anybody, me and the girls got along, so I thought," she told Harvey, giving some subtle shade. "We've been on hiatus for about three weeks, so for this to come out of the blue is astonishing, to be honest."

"I wish I could sit here and tell you it was negotiation issues, it wasn't negotiation issues. I wish I could tell you that it was a headache on set, it wasn't. I really honestly don't know," she explained. "I feel like that is what is bothering me to this day. Sometimes when you don't see yourself or see what's wrong, you can't fix it. And so, if someone just tells you, I don't like you, so is it a personality issue? Is it just me? How do you fix yourself? I feel like you have to evolve, but how do I evolve from this."

Viewers of "Braxton Family Values" got to see the moment she found out she was axed unfold on camera, as she broke down while sharing the news with her sister, Toni. Watch that below. 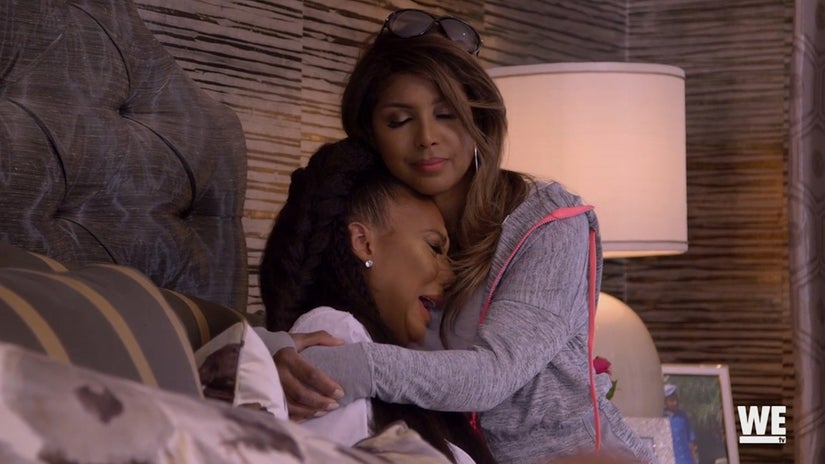