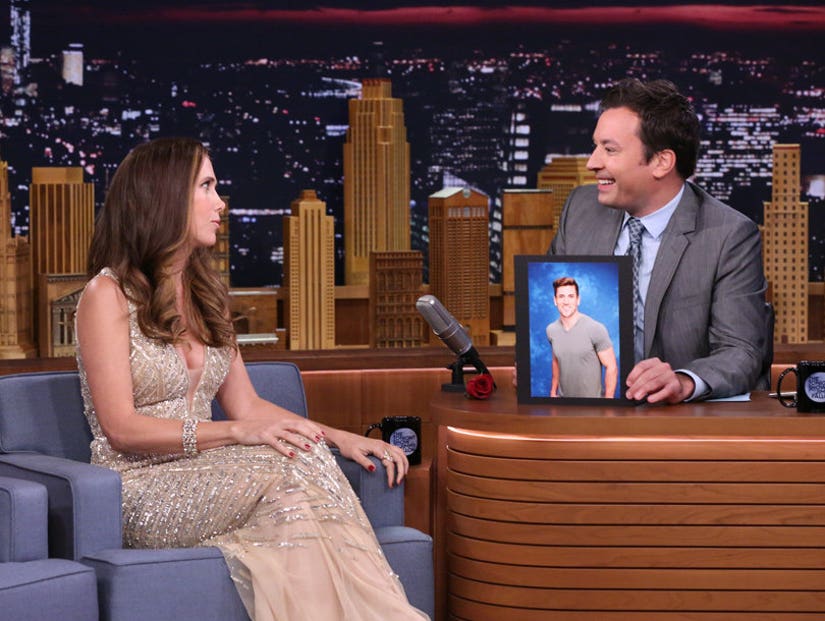 Kristen Wiig is at it again!

For her latest appearance on "The Tonight Show," the actress continued her tradition of impersonating others during her interviews. In the past, she has come out as Dany from "Game of Thrones," Peyton Manning, Michael Jordan, and Harry Styles ... but this time around, she appeared as JoJo Fletcher from "The Bachelorette."

Jimmy Fallon started by asking what really goes down in the fantasy suites, and it was clear that Kristen has never seen that show.

"The fantasy suite—that's where I go on dates. And we...close the door," Wiig said as she tried not to laugh. "Sometimes we kiss a little. Sometimes we'll rub each other. It's a show, so we have to pretend, but sometimes, we go all the way. Just so people know!"

The late night host also asked about JoJo's relationship with her former flame, Ben Higgins. "We don't talk, because he's married. I'm not supposed to say, but he's married," she revealed. "It's a secret!"

For the record, Higgins isn't actually married to Lauren Bushnell ... unless there really is a secret we all don't know about.

Next up, Kristen went through the final four men, describing each one as Fallon held up their promo picture. Again, she clearly had no idea who any of them were, making this the best part of the segment.

The "Ghostbusters" star called Luke Pell "Scotchie," because he's apparently a fan of both Scotch and butterscotch. Jordan Rodgers was compared to Luke Skywalker and Chase McNary earned the nickname "Deucey" -- find out why in the video!

You have to watch this clip -- it's hilarious!