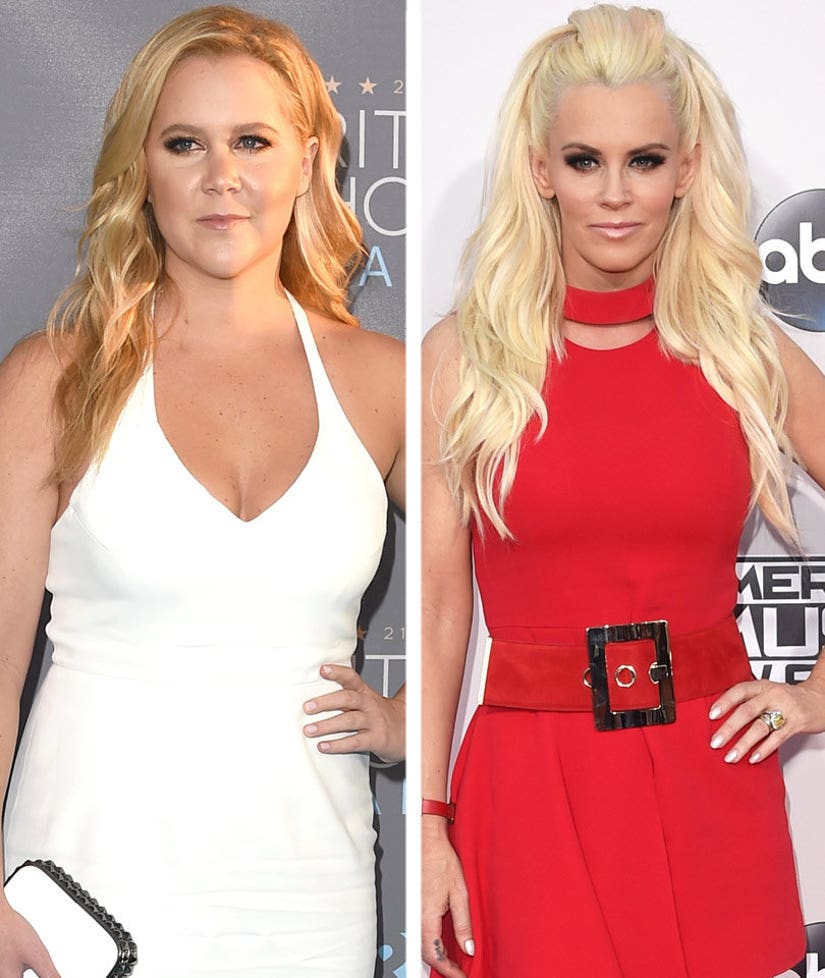 The comedienne got candid about Reid's headline-making interview with Jenny McCarthy during a podcast with Jim Norton on Tuesday.

During the candid conversation, the "Trainwreck" star said she took issue with Jenny's treatment of the "Sharknado" actress.

"I f---ing love you on that show, but are you glad you did it?" the McCarthy asked.

The question didn't sit well with the actress though, who was on the show to promote her new "Sharknado" flick.

"It's not worth the time to talk about," the 40-year-old replied. "There's confusing things about it. We are not talking about it."

Jenney didn't get the hint, and made a comment about how she loves the show "so much."

"Babe, I asked you, please let's not talk about this show," Reid said. "We're all here about 'Sharknado.'"

Then talk quickly turned to Tara's looks, with Jenny asking if she has had any more cosmetic surgeries done.

"No, I haven't had any surgery for awhile, Jenny," she said, before speaking to someone in the studio out of earshot.

"You look great now. So, you're good and done, not moving forward with plastic surgery?" McCarthy probed.

"I think I've made that clear about 100 times," Reid exclaimed. "Maybe you only read the bad things, but I've made that really clear for so many years. Read what you want to read."

Tara tried to end the interview amicably, before Jenney responded, "Good luck to you, too, and I'm so excited about 'Sharknado' and I hope you stay married."

"I hope you stay married too," Tara clapped back. "I'm sure he's a nice guy. I hope your tits get even nicer, because they're amazing. The same guy who did mine, right? I'll always use your advice. You're the best. Bye."

Clearly Schumer heard the hostile interview too, and took issue with the way Jenny handled Tara's appearance on her show.

"It really seemed like she was just bullying her," Schumer told Norton about the heated exchange. "You know what it's like, people come in and they'll be like, 'Hey can you not talk about this thing and you'll be like, 'OK' and sometimes you'll f--k with them, but she didn't need to do ... I don't know."

"We had Tara Reid in here and we could have gone a weird way with her because she was kind of, slightly out of it and you know ..." Norton responded.

"Well you have fun and you f--k with them ... I mean [to be like], 'You're not walking out of here until I hurt your feelings,' like just what are you doing? This past season of the TV show, Season 3, she wasn't really nice to my friend Rachel. So I was just like, 'Let's just go after Jenny McCarthy all season.' She hates me, obviously. And I know she'll just ... it's like doing a roast."

It definitely sounds like there's some bad blood between Amy and Jenny -- what do you think about the "Inside Amy Schumer" star's candid comments? Sound off below and check out the gallery above to see more celebrity feuds!