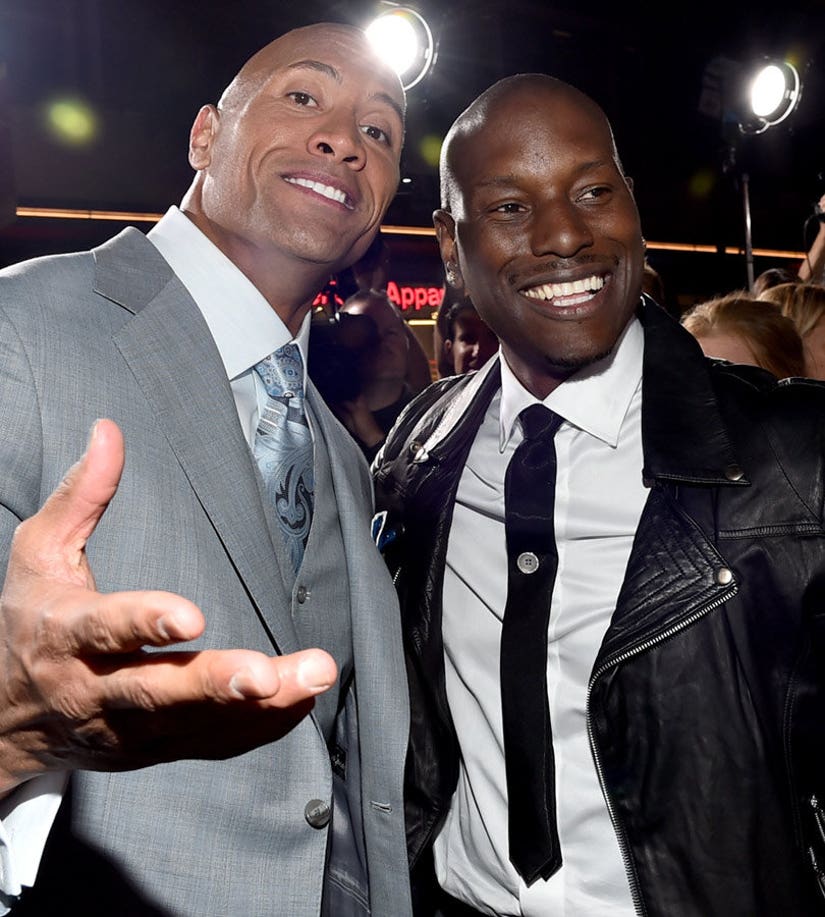 Tyrese wants to make one thing clear: he's probably not one of the "candy asses" The Rock blasted on Instagram.

In case you somehow missed it yesterday, Dwayne Johnson took to his social media pages to call out some of the "unprofessional" activity he's seen from at least one of his male costars while filming "Fast & Furious 8."

"Some conduct themselves as stand up men and true professionals, while others don't," he wrote. "The ones that don't are too chicken s--- to do anything about it anyway. Candy asses"

Immediately, speculation took over the Internet, as fans wondered who he was talking about. According to TMZ, The Rock's rant was aimed at Vin Diesel and the two had a meeting on set yesterday to hash out their issues. It's unclear how that meeting went.

Last night, Tyrese Gibson took it upon himself to explain how he's never had any issues with Johnson on set, sharing a video of The Rock with his daughter. "A man wouldn't be singing from his heart and soul to another mans little angel if he had a problem with her dad," he started out a lengthy caption.

"Does any of us know why bro decided to jump out there with his post? No...Would one assume that IF he's going to jump out there and generalize and say 'Male Co-Stars' he would be more clear and call out names??? Of course he should of," he continued. "Let me calm you guys all the way down...I don't know WHO he has a problem and I don't have any details of WHAT those problems are—as a matter of fact if I DID know I would tell you s--t!!!!"

"I will humbly say this I'm personally not doing this for anyone but my brother Paul Walker," Gibson added. "This franchise is not about and has never been about anyone of us individually it's about the #FASTFAMILY—the TRIBE...I love this franchise and ALL of the hard working past and present crews that have contributed to one of the biggest Multi Ethnic franchise films in the history of cinema."

He also shared some kind words about The Rock.

"I think Dewayne [sic] aka DJ happens to be one of the most humble, down to earth and professional people I've ever worked with and more importantly he's my brother we have NEVER had a problem and will never have a problem," he wrote. "WE are good over here....As a cast we're ALL married dammit!!!"

"Through thick and thin that's the #FastFamily."

No idea why, but the post has since been deleted.