The comedienne stopped by Monday's "Watch What Happens Live," where she played "Plead the Fifth" -- for her second time -- with host Andy Cohen.

Kicking off the game, Andy asked Amy if her show, "Inside Amy Schumer," was in fact coming back ... and with little hesitation a very confidant sounding Schumer shouted, "Plead the Fifth!"

But it looked like the "Trainwreck" star used her opportunity to keep quiet a tad too soon, when Andy followed up that question with another about her recent interview with Vanity Fair.

"You told Vanity Fair that your [about your] least affable day sketch to tons of actress ... but you kept getting rejections from tons of actresses to be in it. Can you name two other people who turned down appearing in the sketch?" Andy asked. 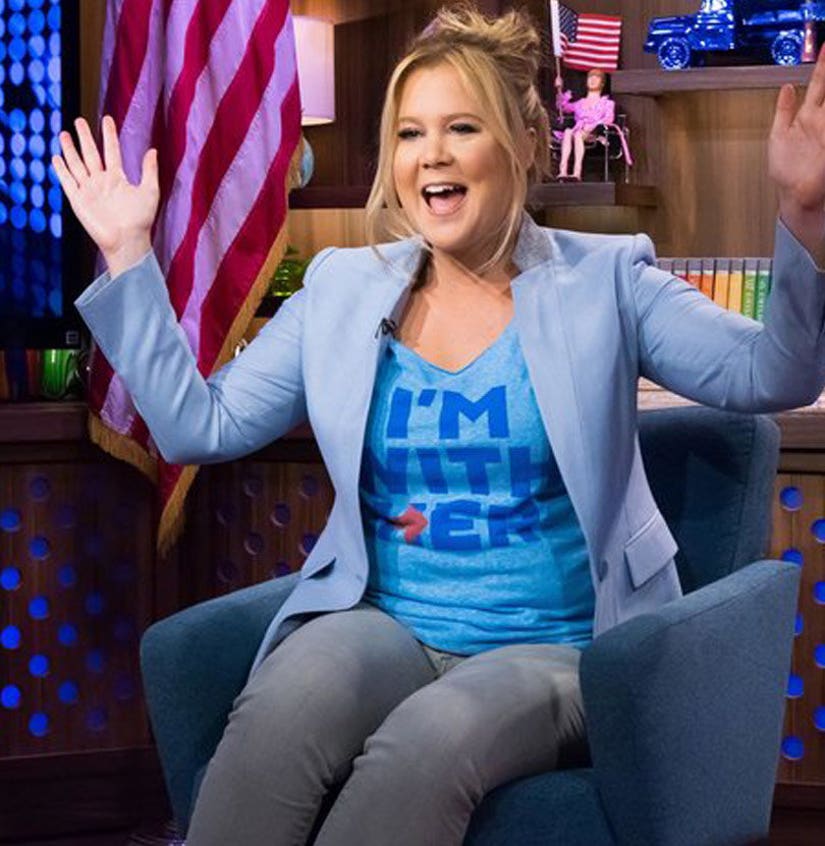 "Two women who said no to the sketch .... Diane Keaton said no and umm... I can't remember anybody else actually," she said.

And finally, Andy asked the Comedy Central star about her recent interview with Lena Dunham, where they trashed the Met Gala.

"She came under fire for her comments about the New York Giants' Odell Beckham Jr. ignoring her, she tweeted an apology [and] you've remained kind of quiet about it. Did you find her comments offensive or did you think it was overblown?" he asked.

"I think people definitely target Lena," Amy confessed. "I think everybody has room to learn more about other cultures and races and what's offensive and what's not. Um, I spoke up a little bit just because I wanted to get my girl's back -- I love Lena and I know she has the best intentions -- I think we all have room to learn."

"I can't think of anybody I'm racist against, you know what I mean?" she continued. "So when I get accused of that, I'm just like 'You've got the wrong Jew.'"

Later on the show, Schumer went head-to-head with "Real Housewives of New York City" star Ramona Singer, where they debated which white wine is superior -- pinot grigio or chardonnay.

Check out the clip above to see Amy's killer defense of a good buttery chardonnay.

What do you think about Schumer's "Plead the Fifth" comments? Sound off below and check out the gallery above to see more leading ladies then and now!