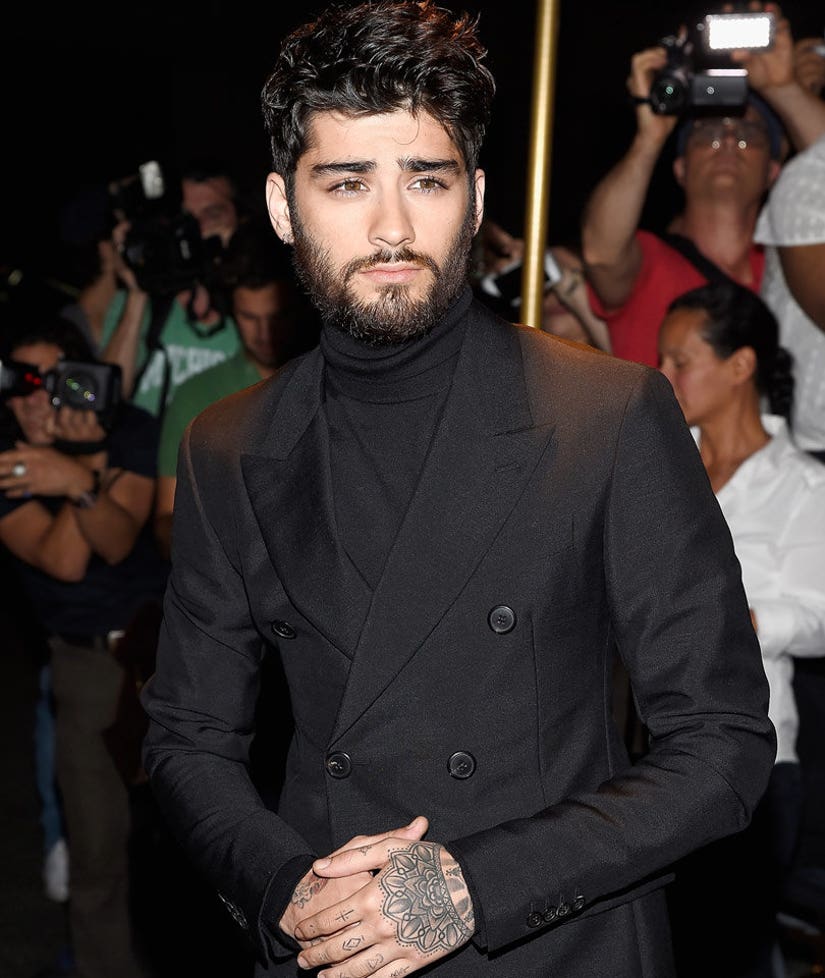 Zayn Malik is teaming up with Versus Versace to co-design a capsule collection with Donatella Versace for the label.

The news came via a press release, but Donatella also took the time to tease the collaboration via her Instagram account.

"I love chatting with this guy…aren't you curious to find out what we were talking about?" she captioned a soundless video clip that shows her animatedly chatting with the 23-year-old.

This isn't the first time the "Pillowtalk" singer has dabbled with design. Back in August, he revealed he had teamed up with Giuseppe Zanotti to design shoes for the high end footwear brand.

Could this be an, ahem, new direction for the singer?

"I've always wanted to design clothes, and there's no brand I'd rather design for than Versus," said Zayn in a statement. "The bonus is that I get to collaborate with Donatella, whom I love and admire. I know we'll create something amazing."

Zayn is following in the well-heeled footsteps of his model girlfriend Gigi Hadid, who teamed up with Tommy Hilfiger earlier this year to create a capsule collection.

And just like his 21-year-old ladylove, Zayn will step in front of the camera to model his designs for Versus Versace. No word yet on if Gigi will join her beau for the campaign, which the brand will unveil in February 2017.

We wouldn't be surprised if she did; she's walked the runway for Versace before and Donatella called her and Zayn "two of my favorite people in the world" in a recent Instagram post.

Are you excited for Zayn's capsule collection? Sound off in the comments!