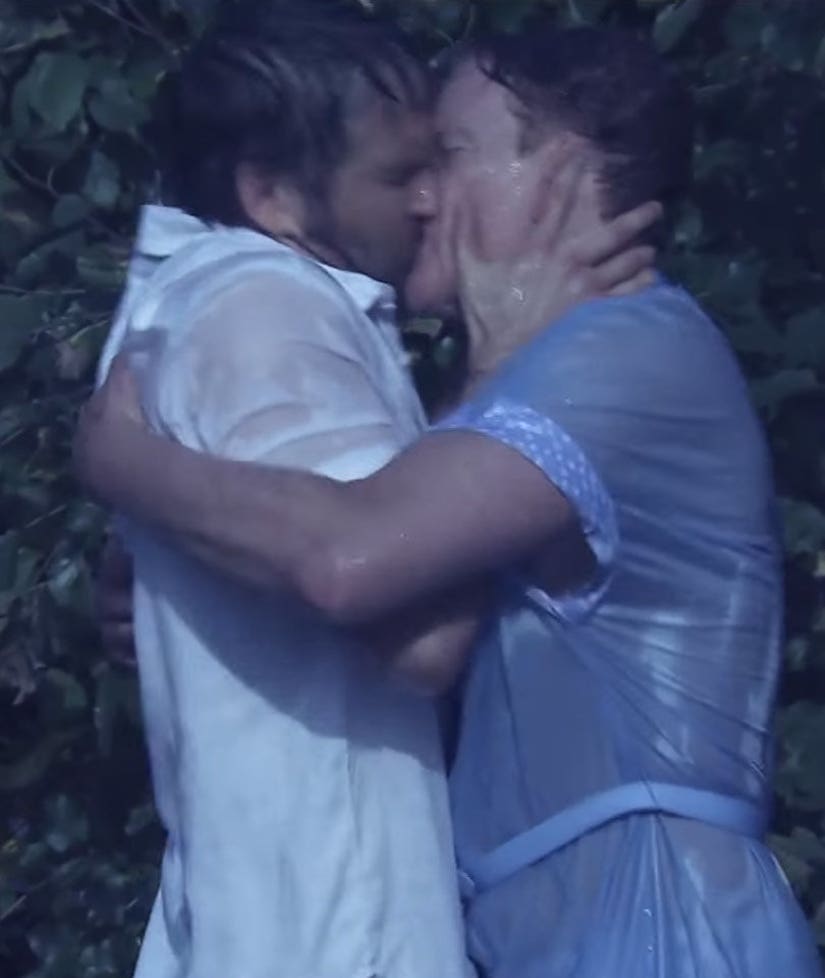 Ryan Reynolds and Conan O'Brien know how to heat up the screen!

On Wednesday, the "Deadpool" star stopped by "Conan," where he played a game with the audience in which he had them guess what he was on the show to promote.

After joking about such projects as his line of organic ham underwear and Reynolds Wrap foil, the 40-year-old introduced the audience to his latest film: "The Notebook 2."

"Remember that vacation we took in Tijuana a few years ago?" the father of two asked O'Brien. "We split that bottle of absinthe? Well, we fell in love, and I filmed it."

Reynolds then rolls a clip from the movie, which sees him starring opposite "Conan McAdams." In the scene, the pair reenact the iconic rain scene from the original flick, complete with the late night host clad in a blue dress and pearls similar to those worn by Rachel McAdams' character.

But should the Canadian actor's wife Blake Lively, who recently gave birth to the pair's second child be worried?

The former “Gossip Girl” star took to Instagram to reveal she took the scene in stride—and that her hubby made up for his onscreen infidelity.

"The ways I know that @vancityreynolds got himself into huge trouble on @teamcoco tonight: Not only did he come home with my true love, @levain_bakery cookies, but he personally toasted them for me and brought me a cup of milk WITH ICE,” she captioned a shot of her milk-and-brownie combo. “Literal brownie points," the actress wrote on Instagram, adding a sweet quote from The Notebook. "#IfYoureABirdImABird."

Watch the parody (above) and tell us what you think about it in the comments section below!