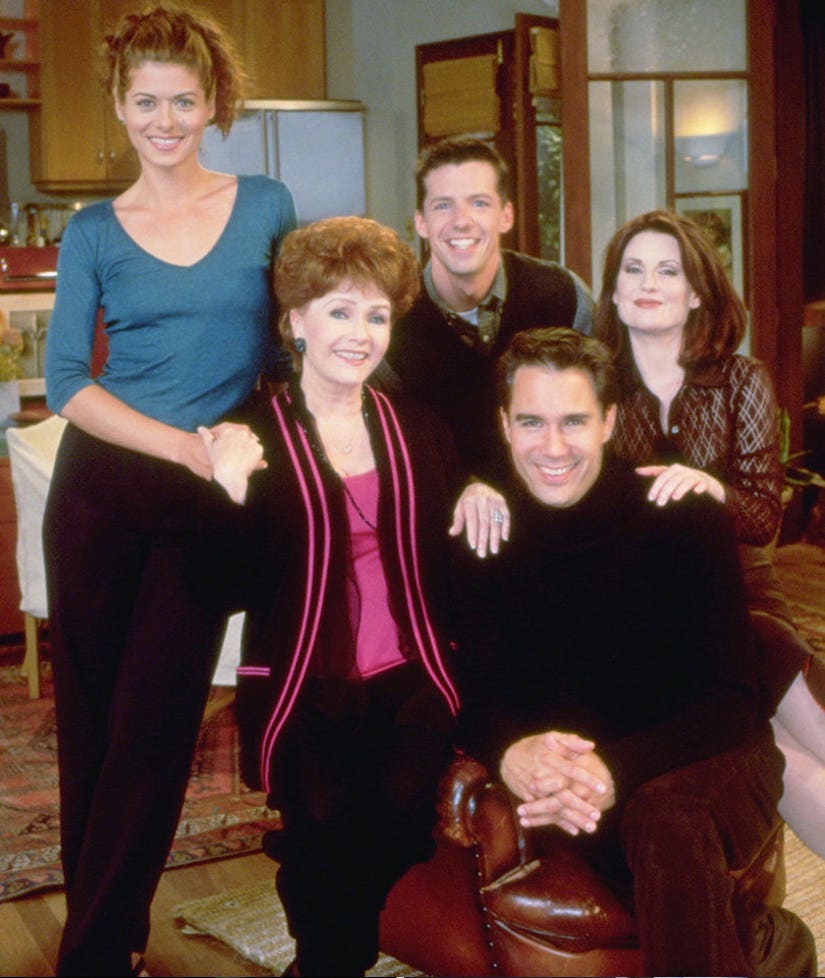 The stars of "Will & Grace" paid tribute to the late Debbie Reynolds Wednesday night, sharing loving memories from the set of the NBC sitcom, in which Reynolds spent eight seasons playing the mother of Debra Messing's lead character Grace Adler.

In an Instagram post on Wednesday night, Messing wrote: "Debbie went to be with Carrie. She always worried about her. Carrie left too soon and now they are together again. My heart is literally broken. For 8 years she was my mom. She was pure energy & light when she came on stage. She was loving, and bawdy, and playful -- a consummate pro -- old school and yet had the work ethic and investment in her craft of a new fiery up and comer."

"She was always running off to Vegas or somewhere else 'on the road' to be a hoofer, to sing and dance and make people laugh," Messing said. "She performed 340 days out of the year. An inspiration on every level. A Legend of course, the epitome of clean cut American optimism, dancing with Gene Kelly as an equal, a warrior woman who never stopped working."

"A devoted mother and grandmother," the actress said, "and aunt and great aunt, and friend. I lost my mom a few years ago. She loved that Debbie was my TV mom. I hope they find each other and hug and kiss and my mom says, 'I got you, Debbie. Carrie's waiting for you.' RIP Bobbi Adler."

As TooFab reported, immediately after the news broke on Wednesday that the 83-year-old had passed away in the hospital after suffering a stroke, Messing wrote on Twitter: "So heartsick. Debbie went to be with Carrie. It's such a devastating 1, 2 punch. She was my 'mom' for years & I loved her dearly. A legend."

Messing's "Will & Grace" co-stars also added their remembrances to the growing list as well.

Eric McCormack, who played the show's namesake Will Truman tweeted: "The combination of the loss of @carrieffisher & then her mom @DebbieReynolds1 is too much. I'm really at a loss here... #toomuch16."

Sean Hayes, who portrayed the show's Jack McFarland shared: "It is beyond astonishing that both @carrieffisher & @DebbieReynolds1 have left this earth. I overwhelmingly adored & admired them both."

Megan Mullally, who played the hilarious socialite Karen Walker on the show, has not yet paid tribute at of time of this TooFab posting. Mullally suffered a death in her own family this week.

Reynolds, through her character Bobbi Adler, was the only supporting actress to be present for the entire eight-season run of the award-winning show.

The "Singin' in the Rain" actress died on Wednesday after suffering a stroke at her son's home, just one day after her daughter Carrie Fisher passed away. Reynolds was 84.

See Debbie Reynolds' life in photos in the gallery (below).