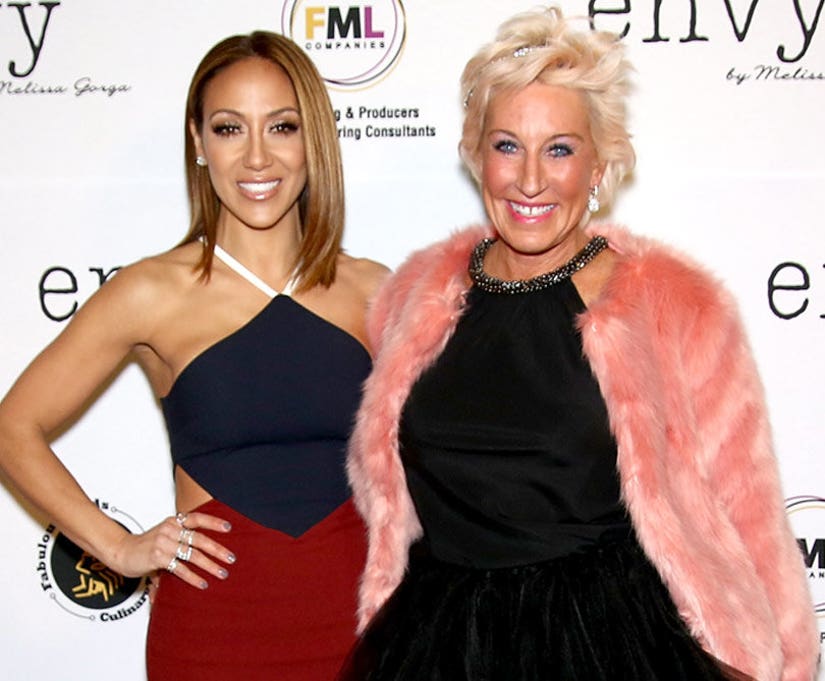 Melissa Gorga's lack of business experience is to blame for her boutique Envy temporarily closing in New Jersey, according to former business partner, Jackie Beard Robinson.

Despite an UsWeekly report claiming the "Real Housewives of New Jersey" star shut down the store over a "difference of opinion" with her partner, Robinson told TooFab the split was her decision.

"Just to clarify a couple things, Melissa and I were partners. I decided that I wanted out," Robinson told TooFab's Brian Particelli.

"In the termination agreement we've been working on for months, we decided that I would take all of the inventory and I was going to liquidate the store... because I basically own everything."

See photos: Ex-'Real Housewives' Stars - Where Are They Now?

As for what drove a wedge between the two partners, Robinson had no trouble pinpointing the issue.

"You have people that quite frankly don't understand business... That's what I think ended our business relationship," Robinson said. "I think a lot of inexperience in business was her biggest issue," Robinson said. "You can only lead a horse to water, you cannot make them drink."

"The bottom line is: I did Melissa Gorga a favor. I cleaned out that store a month early so she could get her s--t ready," she revealed, "Now she has a month to get it ready to sell her spring clothes in February."

When asked how she thought Gorga will fare on her own if and when Envy does reopen, Robinson said: "I don't know. She certainly has the draw and the people there, the interested crowd. I believe inexperience will be her biggest problem."

Robinson's decision to sell some of the merchandise at Kim DePaola's rival store, Posche, angered Gorga. She and Kim D. have been publicly feuding for years.

"She's angry and she's pissed at me. She thinks that I did her wrong and I went behind her back and I went with Kim D.," said Jackie.

"I did not go behind her back, I am not in business with Kim D.," Robinson clarified. "I'm no way siding with Kim D. to pick on Melissa Gorga or shove it up her ass. She's going to help me liquidate this merchandise because I didn't want to do it in the store with Melissa standing over me."

"I wanted [Kim's] professional opinion on what she thought I should do," Jackie added. "They're both good people and their war is with each other."

While Robinson did maintain she "had a good run" working with the Bravolebrity over the last year, she claimed Gorga "did some pretty shady things too."

Jackie said the partnership originally started out with Gorga as a face for the business, with the idea that she'd promote it on social media.

"What she didn't do was do her job, properly, that's what I'm upset about," she said. "She didn't post the proper things and listen to what I had to say. She thought she knew it all, so let's let her see how she does. I wish her the best and maybe she's a lot smarter than I give her credit for."

A rep for Gorga sent this statement to TooFab: "Melissa Gorga is and has always been an owner of the Envy by Melissa Gorga boutique. Melissa and her business partner Jackie Bearch Robinson have had a difference of opinion on how the store should be run and at this point Jackie is no longer involved in managing the boutique, but Melissa intends to maintain the success of the boutique by managing on it her own, and she is excited to open with a new inventory of Spring fashions.”

In a statement to TooFab, DePaola adds: "I welcome Jackie with open arms. The liquidation event was a major success. I am looking forward to working with her on some new upcoming projects very soon. A lot of people think I stir the pot and make trouble but Melissa is the trouble maker. Everything I predicted about her came true. Envy was Jackie's the whole time. Melissa is a fraud, fake, and a phony who will find another victim in no time. Thankfully, Jackie saw her for who she was before it was too late. I am excited to see what the future holds with partnering up with her on future ventures."