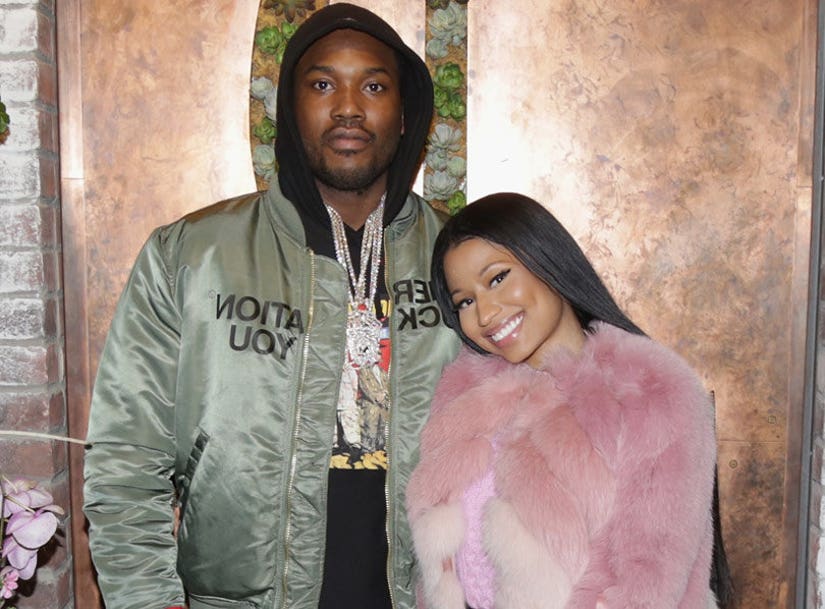 Nicki Minaj and Meek Mill are officially over.

The "Anaconda" singer confirmed Thursday morning that she was living single in 2017, after she was seen celebrating New Year's Eve without her other half in Miami over the weekend.

To confirm, yes I am single. Focusing on my work & looking forward to sharing it with you guys really soon. Have a blessed New Year. Love u🎀

So far, Meek hasn't commented on the split.

"I'm not engaged yet," she clarified to NYLON last March, after she started rocking a giant ring on that finger. "He said that my third ring would be my engagement ring. But sometimes he calls me his fiancée, and I'm always trying to stop him, like, 'Nope! I ain't got that third ring yet!'"

"We're just taking it one step at a time," she added. "And, you know, if that happens, if I get married, then I'll have a child, and that'll be fun, because I can't wait to hold my baby."

Nicki and Meek were together as recently as December, when they went to Turks and Caicos together for her 34th birthday.