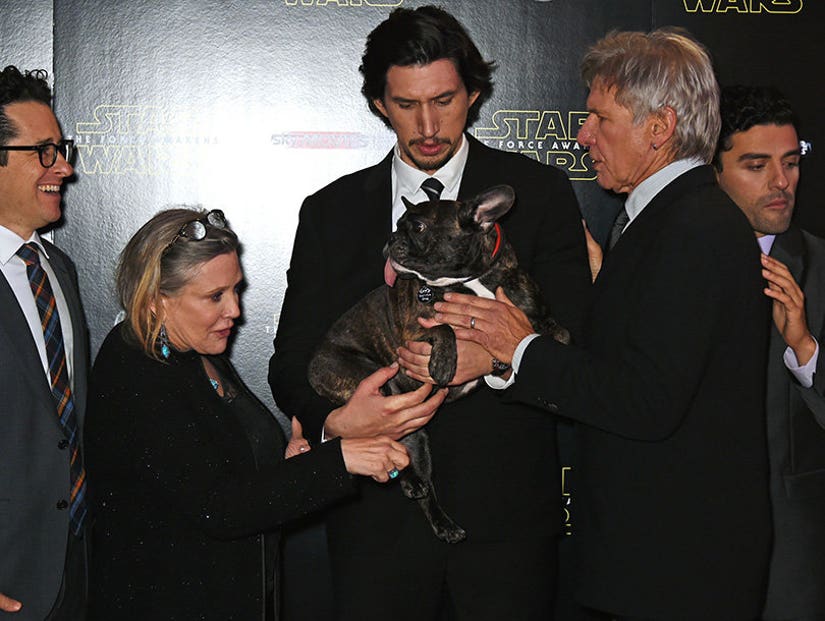 Adam Driver spoke of the death of his "Star Wars" co-star and on-screen mother Carrie Fisher during appearance on Stephen Colbert's show on Thursday night.

"To have her character, not just in the movie, but her character missing from that very small unit is a tragedy," Driver said. "She burns very bright and has such a great, very generous energy. For that suddenly not to be on set ... or just in life ... it's a tragedy."

"I think the last time I saw her was on set, being Princess Leia," said Driver, referring to Summer 2016 when the two were shooting "Star Wars: Episode VIII."

As TooFab reported, Fisher passed away on Dec. 27, 2016 at the age of 60 after suffering a massive heart attack. A family spokesperson confirmed the news the day she passed with a statement which read, "It is with a very deep sadness that Billie Lourd confirms that her beloved mother Carrie Fisher passed away at 8:55 this morning. She was loved by the world and she will be missed profoundly."