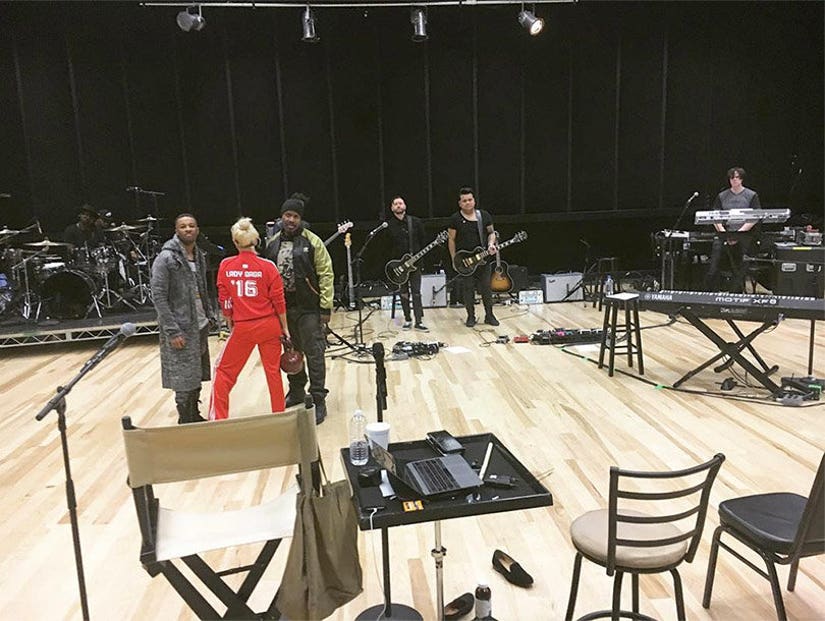 Lady Gaga is gearing up to blow the doors off of Houston's NRG Stadium with her 2017 Super Bowl halftime performance and shared a photo to prove it.

In the picture (above), which was shared Friday on Gaga's Instagram, the "Poker Face" artist wrote: "30 days till #superbowl #halftime #gaga."

Gaga wore a red and white jacket with her name emblazoned on the back and matching track pants, her blonde hair in a messy bun and sporting dark roots.

See more: Lady Gaga Opens Up About Her Mental Illness: "I Suffer From PTSD"

In September 2016, Germanotta announced via Twitter that she would perform during the 2017 Super Bowl Halftime Show, and said: "It's not an illusion. The rumors are true. This year the SUPER BOWL goes GAGA."

It's not an illusion. The rumors are true. This year the SUPER BOWL goes GAGA! @nfl @FOXTV @pepsi #PERFECTILLUSION #GAGASUPERBOWL pic.twitter.com/qR4O57451G

Gaga made the Super Bowl announcement just weeks after releasing her "Perfect Illusion" single from "Joanne," her fifth album that dropped in October 2016.

Gaga will join many other prolific performers who have graced the Super Bowl halftime stage to include Beyoncé, Bruno Mars, Chris Martin, Katy Perry, Michael Jackson, Madonna, Justin Timberlake, Janet Jackson, Bruce Springsteen, and The Rolling Stones among others.

In October, Gaga interviewed with Radio Disney where she expressed her high hopes for 2017's halftime show. "I want every guy's girlfriend in his arms. I want every husband and wife kissing. Every kid laughing," she said. "In my mind they're having this really powerful family experience watching the Super Bowl."

The "Bad Romance" singer has less than a month of rehearsals left before kickoff. The Super Bowl airs Sunday, Feb. 5, 2017.

See 2016's Super Bowl halftime performance in the video (below).