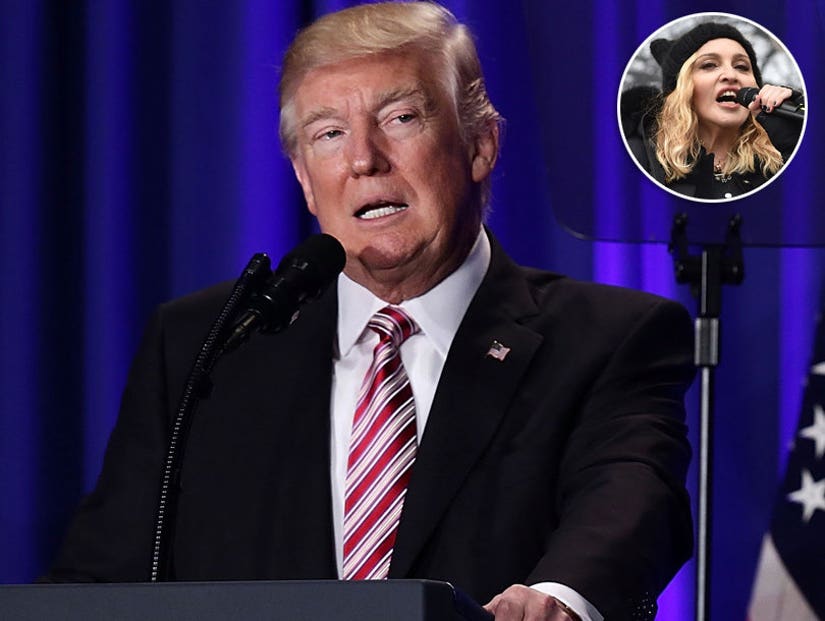 President Donald Trump fired back at Madonna's over her fiery Women's March speech in which she said she's thought about "blowing up the White House."

Calling the pop singer's comments "disgraceful" to the country, Trump said: "I thought her, and a couple of others. But I thought she was in particular -- I thought what she said was disgraceful to our country."

During Madonna's impassioned speech in D.C. on Sunday, she voiced her "outraged" sentiments.

"Yes, I'm angry. Yes, I am outraged. Yes, I have thought an awful lot about blowing up the White House, but I know this won't change anything," the pop icon said.

After facing backlash about the violent comments, Madonna clarified her comments on Instagram, saying that she was taken "wildly out of context."

"My speech began with 'I want to start a revolution of love,' " she wrote. "I then go on to take this opportunity to encourage women and all marginalized people to not fall into despair but rather to come together and use it as a starting point for unity and to create positive change in the world."

"I spoke in metaphor and I shared two ways of looking at things -- one was to be hopeful, and one was to feel anger and outrage, which I have personally felt" Madonna explained. "However, I know that acting out of anger doesn't solve anything. And the only way to change things for the better is to do it with love."