Madonna, a surprise speaker at the Women's March on DC on Saturday, admitted that she considered blowing up Donald Trump's White House.

"To our detractors that insist that this march will never add up to anything," she continued, "F--k you! F--k you! Yes, I'm angry. Yes, I am outraged. Yes, I have thought an awful lot about blowing up the White House, but I know that this won't change anything. We cannot fall into despair."

The legendary singer admitted that it took Trump's election -- which she called a "horrific moment of darkness" to "wake us the f--k" up."

"Good did not win this election," she said. "But good will in the end. So, what today means is that we are far from the end. Today marks the beginning, the beginning of our story. The revolution starts here."

Watch more of Madonna's speech (below).

Following her speech, she sang "Express Yourself" and later dedicated "Human Nature" to Donald Trump. "Donald Trump," she blasted, "suck my d--k."

View photos from the Women's Marches across America in the gallery (below). 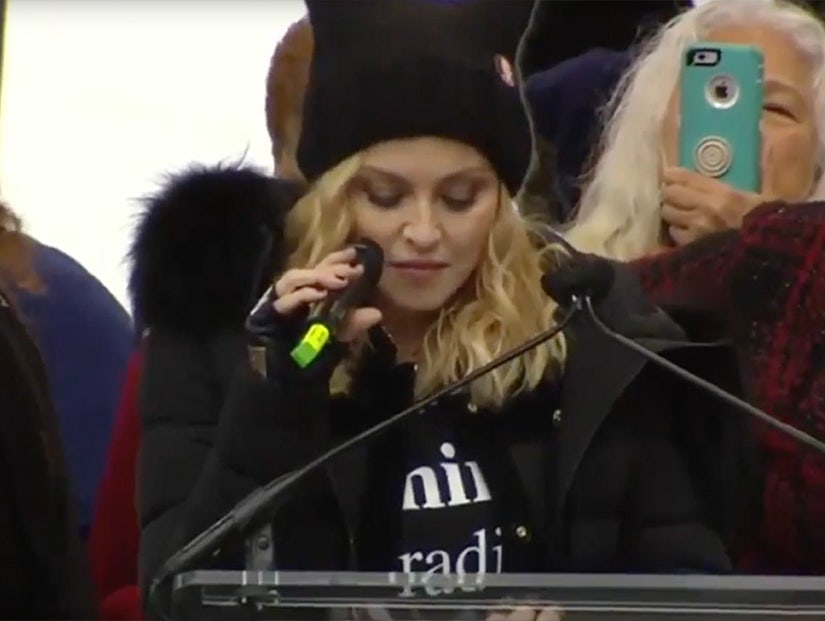