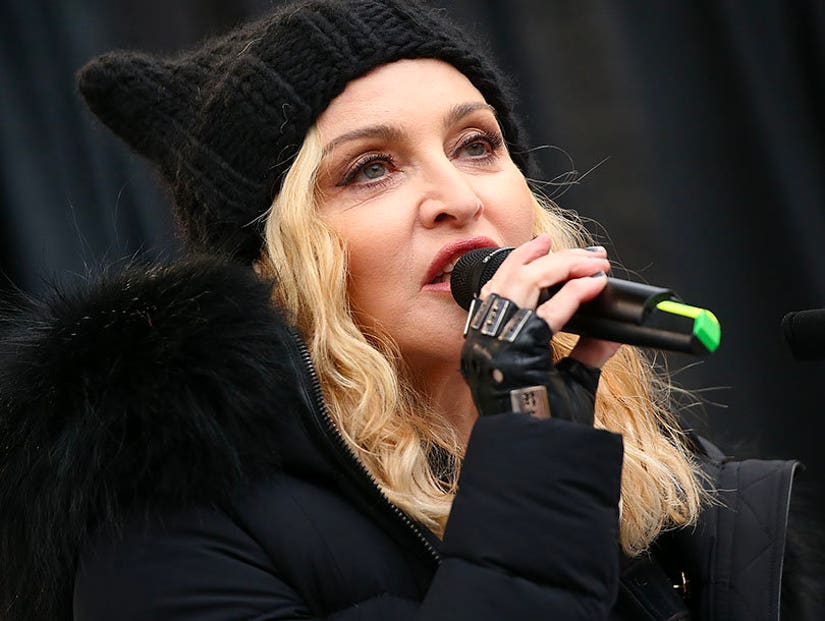 Madonna wants to clear the air about some inflammatory comments she made during the Women's March on D.C. on Saturday, where she told the crowd she had "thought an awful lot about blowing up the White House."

"I want to clarify some very important things," Madonna wrote on Instagram. "I am not a violet person, I do not promote violence and it's important people hear and understand my speech in its entirety rather than one phrase taken wildly out of context. My speech began with 'I want to start a revolution of love.'"

She continued: "I then go on to take this opportunity to encourage women and all marginalized people to not fall into despair but rather to come together and use it as a starting point for unity and to create positive change in the world. I spoke in metaphor and I shared two ways of looking at things -- one was to be hopeful, and one was to feel anger and outrage, which I have personally felt."

"However," she admitted, "I know that acting out of anger doesn't solve anything and the only way to change things for the better is to do it with love. It was truly an honor to be part of an audience chanting 'We choose love.' "

See her full post (below) and continue reading for more story.

During the march, Madonna addressed "detractors" who claimed that the Women's March wouldn't add up to anything and said: "F--k you! F--k you! Yes, I'm angry. Yes, I am outraged. Yes, I have thought an awful lot about blowing up the White House, but I know that this won't change anything. We cannot fall into despair."

Calling Trump's election a "horrific moment of darkness," Madonna insisted that good will win in the end. "Today marks the beginning, the beginning of our story," she said. "The revolution starts here."