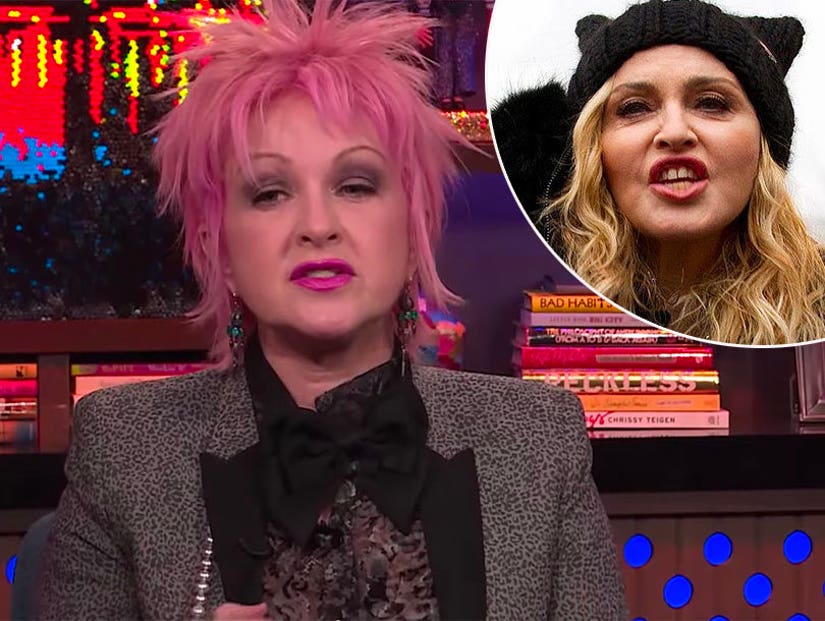 Before Taylor Swift vs. Katy Perry, Britney Spears vs. Christina Aguilera -- there was Madonna vs. Cyndi Lauper.

When the '80s pop icon criticized Madonna's fiery Women's March speech on Wednesday's "Watch What Happens Live," it threw us back to a time that the two singers were one of the greatest pop feuds of all time. Of course, depending on who you ask the "feud" was perpetuated more by media's fascination with pitting two powerful women against one another than an actual dislike for each other.

"I don't think that it served our purpose because anger is not better than clarity and humanity," Lauper said of Madonna's Women's March speech. "That is what opens people's minds. When you want to change people's minds, you have to share your real story."

Lauper praised Scarlett Johansson's speech that addressed the necessity of Planned Parenthood as "clear" and "eloquent" in comparison to Madonna, who expressed how frustration over Trump made her think about "blowing up the White House."

"Yelling doesn't, it just jacks people up, but it doesn't communicate any kind of humanity or any kind of story that would open another person's mind," Lauper said.