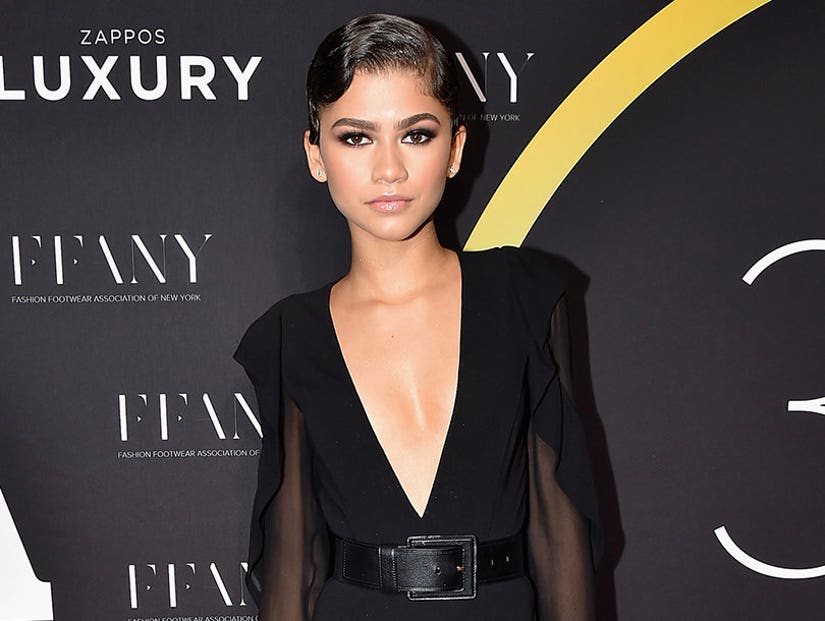 Zendaya just 'zapped' a social media troll and made a wish come true!

The actress was casually checking Twitter this weekend when she discovered a guy body shaming an unidentified model.

"Stumbling across this is stupid s--t," she tweeted. "She is fine as hell head to toe and guaranteed doesn't know you exist my man. As for her, slay on queen."

The 20-year-old star was so disturbed by the tweets, she decided to get involved. She asked her fans in another tweet to help her find the young lady so she can offer her a modeling contract for her clothing line, Daya by Zendaya.

See more: Zendaya Claps Back at Racial Attacks Over Her 'Spider-Man' Casting

It only took two minutes for a dedicated follower to find the mystery girl. Her twitter handle is @_illestCee.

The lucky new model tweeted back upon hearing the life changing news: "I'm really speechless right now because becoming a plus size model has been my number one goal."

Toofab reached out to the gentleman who initially posted the tweet (@StarpowerXCV) that caught Zendaya's attention.

When ashed if he was shocked at the response he said, "I mean I wasn't shocked. It was more funny to me honestly, this was all just fun and games."

"I stand by my joke. If you're on twitter, you're vulnerable to anything."

When asked if he has spoken to the young lady, he said "I mean, I have nothing else to say to her. I hope she makes something out of the deal. One thing I'm not is a hater, and I like seeing people prosper...so much luck to her."

We can't wait to see what the two will create together.