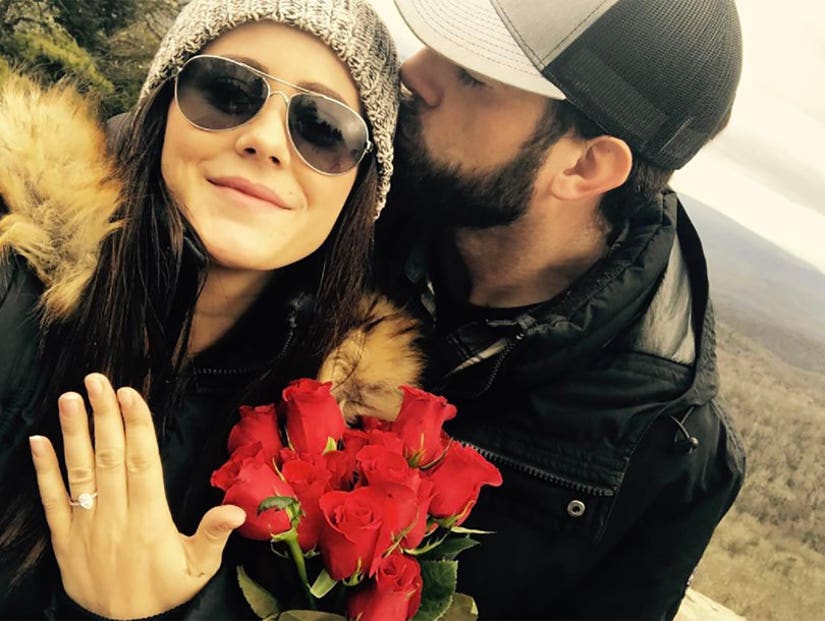 The "Teen Mom 2" star announced her engagement to boyfriend and baby daddy David Eason on Saturday, sharing a photo of the couple showing off her new ring.

"We've decided on forever! 💍💋#PerfectTiming @easondavid88," Evans captioned the photo. Why "#PerfectTiming"? Well, the news comes less than a month after the two welcomed their first child together, daughter Ensley Jolie.

The 25-year-old reality TV star is also mom to sons Jace, 7, and Kaiser, 2, who she shares with exes Andrew Lewis and Nathan Griffith, respectively. Eason also has a daughter, Maryssa, from a previous relationship.

This will be Jenelle's second time down the aisle. She was previously married to Courtland Rogers from 2012 to 2014.